Traversal Zone between C and E on internal nic

E external nic in DMZ and Nat'ed to public IP

Initially I thought this was a firewall issue however all relevant ports and Nat are correct.

Attached call history for call and SIP logs from Expresway-E

Any Idea's on what to look at? At this point Ive gone through the eployment\admin and many google pages trying to get this working with no luck.

Expressway-E is configured with Dual nic

Beginner
In response to Sean Alexander

Configure your Expressway Core to talk to the Expressway Edge using it's public IP and configure a Hairpin NAT on your firewall. It's funky, but it's actually how it's supposed to work.

The purpose of LAN1 if you're doing the Dual NIC is only for clustering (as stated here: http://www.cisco.com/c/en/us/td/docs/telepresence/infrastructure/articles/vcs_benefits_placing_expressway_dmz_not_public_internet_kb_196.html)

Wonky, but it's how it works. Done a few VCS deployments now (and yes, they're the exact same platform, just different features).

It's actually explained quite well here starting on page 59 (http://www.cisco.com/c/dam/en/us/td/docs/telepresence/infrastructure/vcs/config_guide/Cisco_VCS_Basic_Configuration_Cisco_VCS_Control_with_Cisco_VCS_Expressway_Deployment_Guide_X7-1.pdf)

Sorry but that is incorrect.

If you continue past page 59 in your link to the example starting on page 64, you will see the example that correlates to Sean's environment. On page 65 we see this:

Chad, out of curiosity, have you got that kind of deployment to work? I am interested to hear if you do since I have not been able to get that work. I personally like doing what you mentioned above but I havent had much luck with it. TAC suggested the same thing that Tony mentioned.

Yes, at several customers, including one with clusters of both C & E at a large coffee company you've probably heard of.

When you actually do dual NIC, you must add static routes for your inside network range(s) pointing to the inside gateway via the command line, as there is (still) no way to input them through the GUI, which just baffles me...

I had done that same thing with version 7.0 and didnt work. Time to try it again. :) Thanks Chad.

Can anyone sheed some more light on how to get this working? or what to look at?

I have tried everything I can think of but still stuck with no video from inside to outside. 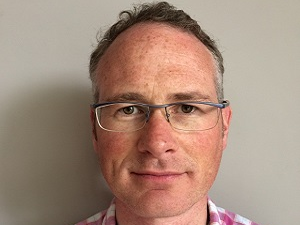 Enthusiast
In response to Sean Alexander

I'm trying to get this to work with a single nic expressway e server, but get no media. Is that the same as your setup, or do you need dual nic?

Beginner
In response to CHAD MARSH

Thanks for all the input thus far!

ouside to inside works fine.

Chad, the configuration you mentioned above, does it work for environments with Dual NIC or Single NIC?

I would change your scenario a little since typically you would not have your VCSE inside interface in the same network as your VCSC.

So let's go with this:

L3 switch and FW either exchange route info or have static routes for required networks.

Gotcha, so the dual NIC can only be used if your VCSE LAN1 and LAN2 are in different subnets than your VCSC. If you have a VCSE in the DMZ, you will need to use the firewall u-turn methodolgy, correct?

No, I'm not saying that, but most designs would still have a firewall between the VCSE inside interface and the VCSC, so they are usually in different subnets.