Cisco Community
English
Register
Login
How do YOU and your teams use messaging in Webex? Let us know for a chance to win some Webex swag!
RegisterLogin
Options
Turn on suggestions
Auto-suggest helps you quickly narrow down your search results by suggesting possible matches as you type.
Showing results for
Search instead for
Did you mean:
Announcements
4942
Views
28
Helpful
22
Replies

with the new Smart Scheduler with TMS 14.2 you have the option to add telepresence rooms. Is it somehow possible to also include the phonebooks in the search?

We want to add Jabber Clients or external Video Conference Systems to the conference and it is not possible to add entries from the phonebook or even custom URIs.

Regards, Paul
Labels:
5 people had this problem
I have this problem too
0 Helpful
Reply
22 REPLIES 22

Phonebook searches and dial out to custom participants are excluded in the new SMART scheduler. However you could create dummy rooms in TMS that represents these URI's in order to do this. If you want this to be included into the new scheduler it has to be a feature request.

but what about the Provisioning-Clients (Movi-Users)?It is also not possible to add them with the new Smart Scheduler.

As the Phonebooks were available in the "old" Scheduler, the Smart Scheduler is more a step backward than a replacement for the old Scheduler.

I think, Paul and I are not the only Users, wanting this feature back.

Mentor
In response to Ingo Tank

Don't worry Ingo, one of the first things I noticed was you were restricted to systems that were only listed in the system navigator.  I even thought it was necessary missing element that should be included.  I know it's suppose to be a nice easy smart scheduling option, but it should be "smart" enough allow us in include like you said provisioned devices, external, etc.

Enthusiast
In response to Patrick Sparkman

Hi, this is really a missing feature. The scheduler can't be to smart, if he doesn't know his bookmarks ;-)

So if someone of the BU reads this: Please readd this feature again! It's really needed! 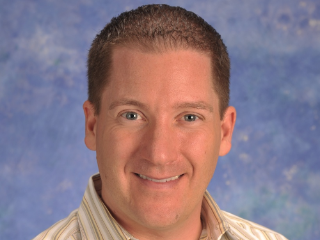 I am not meaning to make light of the question, but I really want to undersand the purpose of including the provisioned user would be? Do you want the TMS system to dial-out to the user's FindMe? What happens if the user is not available during the default ring duration?

For me, my FindMe is set to ring inital devices for 30 seconds and then busy and no answer forwards to my mobile phone. If I do not answer my mobile phone, then it goes to voice mail. When it goes to voice mail, the people in the meeting now have to listen to mine and all the other people that were invited's voice mail greeings. Then all of those voice mail boxes now are recording the meeting for the maximum limit of each person's voice mail. Once the maximum duration has been reached, everybody in the meeting would have to listen to whatever post-recording message.

One of the other features we added to Cisco TMS v14.2 are new booking confirmations. In the Booking Confirmations, there is a new configurble SIP protocol handler. By default, we use sip:dialstring@example.com. This is then a clickable link that will auto-launch a call with Jabber Video for TelePresence. If you changed the protocol handler from "sip" to "tel", then the Jabber for Windows client would launch.

By including additional dial-in participants, the new booking confirmation shows a clickable link in the meeting invite. Those users that were invited to the meeting can now simply join by clicking on the link.

For the External Video Systems, those are presuambly fixed room resources. This can be easily accomplished as Magnus suggested by adding a new system of type Room and applying the apporpirate dial strings. That new Room system shows up in Smart Scheduler just as other systems do and you cannot double-book that far-end, unmanaged system.

Enthusiast
In response to Michael McGary

thanks for your detailed answer!

At the customer installations we are requiring this features we have a Phonebook of external systems. We now maintain a manual list as a phonebook. It is more complicated to maintain them as Systems in the Navigator. Besides that, aren't systems in the navigator useing a license?

At this customer we don't have the voicemail problem problem, bevause it is only a telepresence Installation without cucm. I have the same SNR calling my jabber Clients and then to CUCM for deskphone/softphone and mobile or the voicemail.

Most of our customer installation use automatic connect because they either have a mixed infrastructure (Cisco and some old endpoints) or they just like better to get called instead og using One Button To Push.  If someone is scheduled to a meeting, they are mostly infront of the client and pick the call up. Some customers also use the jabber client as a video endpoint for really small offices and not as a personal client.

In my opinion the success of a video system is open directly connected to the usability of it. If you have to dial the URI of the MCU, maybe enter the Conf code and a PIN it's more complicated, than just picking up. Often the decision makers do not want to be trained into much detail on a video system, but it should just simply work. So KISS would be a good idea.

So Michael I hope it got more clear why we want to use phonebooks in the smart scheduler.

Enthusiast
In response to Paul Woelfel

Btw: Tel URI is not that helpful at the moment as the Jabber for Windows does not support URI dialing. I'm waiting for 9.6 to come. Of course you can mess around with search rules on vcs and cucm.

regarding voicemail: If it really goes to voicemail the initiator can update the meeting and remove this user.

Thanks Paul for highlighting this.

I am wondering what is SMART on this scheduler and what Cisco's strategie is behind this.

It looks very nice but very important features we use on the former scheduler are skipped.

The phonebook was a pain on the old scheduler but instead of improving it and add a search feature they dropped it completely! We use it for adding our ~500 Movi users and our ~500 manual phonebook entries. Not possible anymore!

And they use the TMS System name as search criteria, where we use technical DNS proof names and not user understandable names as in the phonebook.

And that is not all:

- Dial out not working anymore.

For me it is a step back to ancient times!

I can not imagine where we can use this scheduler in the future. We have to redesign our End-User interface completely and I am very astonished about this evolution.

Enthusiast
In response to RenzKanwischer

I also agree with the points mentioned by the admins/users here.

I think the next features need to be:

* dialing any kind of uri

* selecting and searching users from phonebook(s)

I get your point, but the problem is always if a system tries to be more clever as you are, and at least

with a workaround of eating up licenses and add it as room, which I think is even worse.

So the blocking does not really solve the issue, and this is something at least which Cisco could do.

You ask what should happen, yes, why not book a findme uri, which even might be better as if its

inside your organization you have full control.

Things what could happen (the points could be standalone or combined)

* findme sends out an email with a missed call notification, so the user could dial back

* Jabber gets a OBTP

And in addition to the Smart Scheduler, some personal smart conference control center so the

guy who booked it can easily kick somebody out.

Have an option if you select a dialout that the user has to confirm joining the meeting by pressing star,

Imagination and programming skills are the limit, so lets get less restrictive and more creative :-)

I totally agree with Martin, Paul and Renz!

If we follow Cisco's suggestion to have dial out working with Smart Scheduler, if we add the external endpoints as "room/equipment" instead of phonebook entries or participant templates, we will have to buy additional licenses, because "room/equipment" systems use system licenses of TMS.

So, let's imagine Renz's environemnt with about 500 phonebooks entries. What would he have to do in order to add the external partipants as "room/equipment"? He would have to buy additional licenses for 500 systems.  =/

That's horrible in my opinion! Mainly considering the investiment that the customer would have to make.

Our strategy is to invest in trainning so that the users may be able to use the complete scheduling interface instead of using some kind of "easy" and "friendly" interface. We are also investing in developing an external booking interface.

Really step back! I agree.

Collaborator
In response to Paulo Souza

We've added all our Jabber users as external rooms (lucklily we don't have that many).  Due to the nature of our network, we often can't really send dial-in information to Jabber users so Automatic Connect is pretty much the only option.  OBTP for Jabber video would be optimal, but of course that would only be viable if you could still use automatic connect to non-OBTP participants, which you can't do at the moment.

A feature request has already been created to return this functionality to the new scheduler.

No phonebook search or possibility to dial out to custom URI's in the new SMART scheduler.

What do you all think about participant templates, having the ability to add them to the conference from the scheduler? After all, they're similar to the phone books.