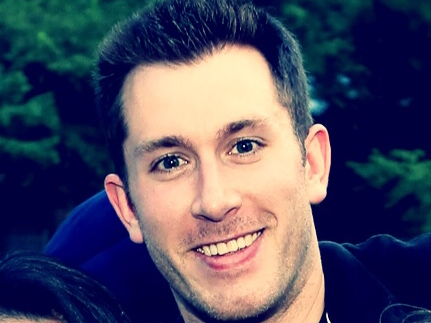 The idea of macros in CE 9.2 is great, and I've already configured a few test macros that add some helpful functionality for end users. My issue is over 50 of our ~150 endpoints is an SX10 and it's hard to add functionality to some devices but not all as the big sell when we migrated from Polycom to Cisco was "the same UI no matter what room you're in."

The idea of the ability to receive user feedback directly from the Touch 10 is something I've wished we could implement for a while. After some useful reading on this thread, it looks like you can actually use the new UI elements like text boxes, and have the remote feedback server listen for events. For example:

I think we could do almost anything else you'd use macros for but do the automation on the webserver side since I already did this in CE 8 to automatically swap the content location during a call.

My issue now is trying to figure out how to automate the process of getting these onto the endpoints. To automatically register with a feedback server, you need to have a startup script, but according to the API documentation, you can only do so via the GUI, which is a pain to manually do on 150+ devices. Similarly, is there a way to upload and enable macros on the endpoints? It would be a nightmare if every time you wanted to add/remove/update a script, you had to manually log into the web GUI of every device.

Labels:
I have this problem too
0 Helpful
Reply
39 REPLIES 39

Beginner
In response to berenyi.peter

Do the endpoints have to be provisioned for this to work?

Cisco Employee
In response to Nij

Can this also be used to distribute Service Certificates?  That is - grab the cert off a web server and upload?

Cisco Employee
In response to Nij

Unfortunately certificates are currently not part of the backup / restore solution. It is easy to distribute certificates today by using the API but by adding the functionality to the provisioning feature would make it even simpler. It has been mentioned before to add it but I do not know the status of this. Maybe file a feature request? :=)

So using the API, I'd created a multi line command with the cert text enclosed <body>Certificate Text</body>.

Is there a character limit on multi-line commands?  I get my cert text truncated about 900 chars in.

Beginner
In response to Nij

Should have added - I'm copying the XML into a TMS template - that's where it is truncating.

Enthusiast
In response to Nij

The TMS Custom Command template field has a ~1000 character limit. Mostly you won't be able to use it for multiline commands.

I know how to use Macros but not done of using XAPI on SX10 using HTTP Feedback listener. Can you please point me on doing the configuration from starch?

Also where does the XAPI file need to be uploaded and where do I configure on SX10 to point it to that file?

I'm looking to have a Standby Button on the Touch and when triggered the system need to go to Standby Mode.

Also I'm looking to have the SX10 to go to Standby Mode automatically everyday at 6PM.

Can anyone please walk me through.

Beginner
In response to berenyi.peter

How do you restore backup via TMS on multiple systems?

I thought you can only restore backup to the same system it was taken from.

Beginner
In response to afadeyev1
Disregard. Missed the whole chapter in admin guide. Create custom template in TMS that will point to your webserver with non-system specific backup file. Works like a charm. Thank you.
0 Helpful
Reply