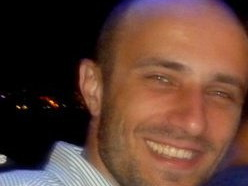 unfortunately they are both out of support.

i have couple of questions :)

the reason for this - except having the software to date is that i noticed 7th version has multiple transcoders, not just one.

2. why does the OT (offline transcoder) use only 1 processor although i have 8 of them. (on the VM version i have 8, on the physical server 24 - still both use only one)

3. why does OT works extremely slow? (it transcoded about 10 long videos in 2 days - and the queue still has another 60 )

4. on the virtual one - kinda often i find about 50-60 proccesess of php-cgi.exe ... somehow stuck. i have to kill them all every 2 days. did anyone bumped in this problem?

that's about it. sorry the variousness of the questions - i thought one post is better than 4 :)

There is no direct upgrade path going from TCS 6.x to 7.x as the Windows version changes from 2008 R2 Standard to 2012 R2 Standard.  Also, your 2nd Gen TCS appliance isn't supported with TCS 7.x, so you're going to have to replace/migrate that VM to other hardware.  When you have TCS 7.2 installed, you can use the TCS Migration Assistant Tool to migrate all configurations and data from your old server to the new one.  The third transcoding engine will be available if the server meets the CPU/RAM requirements outlined in the TCS 7.2 Release Notes.

I don't know about the CPU consumption, but I do know the TCS will consume more CPU/RAM as it's being used to record, stream, and transcode videos.  The more it's doing at the same time, the more resources it will consume.

Does the server that the TCS is installed on meet the CPU/RAM requirements?  I know the transcoder can sometimes take quite a while, for instance, the higher the quality of the video and size of the output (audio only/small/medium/large), the longer the transcode will take.  For reference, an 1.25 hour video recorded today, took about 30 minutes to complete, but I've also seen some several hour long videos go 1.5 times longer than their length.

Never noticed php-cgi.exe on our TCS having issues, but I never login to the server itself unless there is an issue with recording or streaming.

Beginner
In response to Patrick Sparkman

i'll try to install a new 2012 and try to migrate the VM on that one. thanks for the tip!

still - there isn't any release key of license to be payed for the upgrade from 6.x to 7.x?

And you are right, i am transcoding about 100 videos - to flash large (i'm using Wowza Streaming Server for that - but Wowza doesn't have a limitation to transcoding sessions).

The idea that one transcoding process to use only 1 processor although they are so many provisioned looked a bit weird for me. But then again - what you're saying makes sense - keeping 1 processor available for each task (be it a live - where i can have 2 sessions, a recording - 5 sessions, or transcoding - limited to 1 task on 6.2 version).

Still - more of a reason for me to update to 7.x - which has multiple transcoding engines as far as i see.

yes, i noticed that too - there isn't a specific time of transcoding related to size. if the videos are small they get transcoded faster, the longer they are - lets just say time increases exponentially (a bit of dramatization here but you get the idea;). and most of my videos are between 40minutes and 2hours.

Mentor
In response to george.boros
No charge for upgrading from TCS 6.x to 7.x. You'll copy the licenses from the registry of the old TCS and use them on the new one.
0 Helpful
Reply