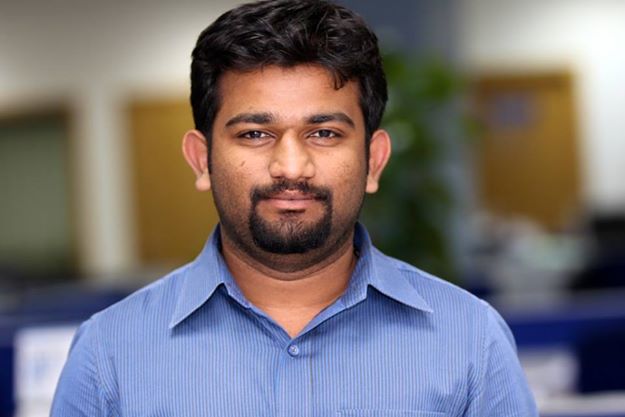 I have 2 VCS Control installed with Clustering facility in my setup, and both VCS are added to the TMS also.

After the cluster configuration I am seeing an alarm in TMS like VCSC peer 2 is missing an option key.

This error I am not getting in both VCS(status-->alarm) alarm page, it's only coming in TMS-->Navigator-->VCSC02. and It's not showing in the Master VCS.

This alarm is not making any impact on VCS cluster database  replication.

If anyone has faced the same issue earlier please let me know the fix.

Hmm, in general the licenses look ok, the call licenses can be different, interworking and provisioning

Thanks for your reply please see my below answers.

Ans: i didn't got any error on VCS related to this.

Ans: i had removed the TURN and Findme license from Master VCS after that i did a restart on both VCS.

Ans: i have already tried this.

Your peer VCS is missing a 5 traversal call license, this is what is causing the error/warning. The warning will go away once you had this additional key onto the peer. It will not cause any issues with the cluster, it will just raise the warning.

Beginner
In response to Adam Wamsley

guess its as so often with TMS it can be nicely discussed if this is a feature or a bug, ...

For me it looks like a bug, but I guess when you would file it through TAC you get a

"you would need to file a feature request" back, ...

If you do not see any errors on the VCS I would not worry that much anyhow.

removing the 5 licenses would not have a negative impact, but if it kills the TMS error message, ...

its worth giving a try!

How did you end up with them anyhow, was this a VCS-E / Starterpack before?

Nikhil: please rate the messages using the stars below.

I don't think removing the 5 Traversal license is a good option, because as per the cisco dcoument i can have different call license installed on my peers. So it should work with current license in VCSC and moreover i am getting the same error on my VCSE02 also

Please see the below mentioned license in both VCSE.

This was not a starter pack.

yea, the either ack and ignore the error which should not cause and issues or if you

don't like that, escalate the thread to TAC so it gets fixed.

Be careful with taking things to literally, as there might be other things superseding it! :-)

In your case, take a look at the standard features mentioned in the X7.1 admin guide:

i agree with you i have 105 Traversal license installed on my VCSC, If that is the case why i am getting the same error on VCSE also??

I have already uploaded the VCSE License information on my earlier post.

I believe that they error will go away if you purge the systems from TMS and then re-add them. Before doing this though keep in mind that additional steps are needed if you have replication enabled.

Latest Contents
Guest and Host Access to Meetings With Access Methods
Created by meddane on 09-16-2021 09:09 AM
0
0
0
0
You want in some scenarios different URIs or call-IDs  and different access code are used by guest and host participants to join a meeting, and different rights or privileges, for example add or remove participants, mute audio or video, or when there... view more
OPUS Codec Transcoding with PVDM4 & NIM-PVDM Voice DSP Modul...
Created by Lokesh Kumar Lal on 09-14-2021 04:43 AM
0
0
0
0
Opus is an adaptive codec that provides better audio call quality than G.711/G.729 voice codecs and in a low bandwidth environment. The codec has a very low algorithm delay and is it is highly scalable in terms of audio bandwidth, bitrate, and comple... view more
Mobility AAR TEHO Class of Service With Globalization in Dep...
Created by meddane on 09-11-2021 07:27 AM
0
5
0
5
Background:When deploying a multisite with centralized call processing across multiple countries, the digit manipulation can be complex, in this scenario US Site as HQ, GE Site in Germany and AU Site in Australia use different dial plan.We need to unified... view more
Cisco Meeting Server 3.3 new Scheduler Components
Created by meddane on 09-11-2021 01:51 AM
0
5
0
5
Version 3.3 introduces the ability to schedule meetings and see upcoming meetings in web app. Web app users can schedule meetings, modify the scheduled meetings, and notify participants via email. Scheduler is a new component that enables scheduling meeti... view more
Digits Manipulation CME VS CUCM
Created by meddane on 09-11-2021 01:27 AM
0
0
0
0
Translation Profile is used on Voice Gateway to perform Digit Manipulation on the Calling and Called Parties. The Translation Pattern is doing the same digit manipulation. The translation profile can be applied BEFORE the incoming dial peer is matched (if... view more
Ask a Question
Create
+ Discussion
+ Blog
+ Document
+ Event
+ Video
+ Project Story
Find more resources
Discussions
Blogs
Documents
Events
Videos
Project Gallery
New Community Member Guide