Cisco Community
English
Register
Login
LEARN about secure, intelligent collaboration for all
RegisterLogin
Options
Turn on suggestions
Auto-suggest helps you quickly narrow down your search results by suggesting possible matches as you type.
Showing results for
Search instead for
Did you mean:
1139
Views
0
Helpful
3
Replies
Highlighted

Can you set up multiple Traversal Clients on a VCS-C that each go to a different VCS-E? Currently, we have a VCS control cluster and one Expressway located domestically. We want to set up a second expressway in another global location to allow firewall traversal from there as well. These will not be clustered expressways, each will have its own public IP to allow external calls in/out to us. Is this just as simple as setting up 2 traversal client zones on the Control and then setting up each Expressway as a traversal server?

Having never tried it, as far as I know there is nothing to stop you from doing it.  I don't think there is a latency limitation for the traversal zone.

To make it more efficient, you're going to want to setup your dial plan so that you can direct appropriate calls to the appropriate VCS-E (i.e. Search rules for each zone).

FYI the VCS-E itself can also act as a Traversal Client, if that's helpful.  It may also be better to simply Neighbor the 2 VCS-E's together, as long as your dial plan is setup to support this appropriately.  Without detailed knowledge of your topology and requirements it's difficult to make a clear suggestion though.

Yes you just need to ensue that the new Zone for traversal server and client peering uses a different port number to the other Zones.

Message was edited by: colan haisell to include a nice example :) 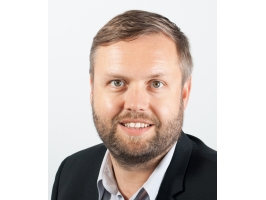 Yes, this is possible. I have recently set up a similar environment where one VCS Control is connected to 2 VCS Expressways in different locations, both with their own external IP address.

Both VCS Expressways have their own Zone on the VCS Control.

The issue I had was to make sure that the VCS Control could route traffic to the external IP of the 2nd VCS Expressway without going via the first VCS Expressway, but once that route was known it worked perfectly..

0 Helpful
Reply
Latest Contents
add user to finesse
Created by Joli Martinez on 02-13-2020 03:33 PM
1
0
1
0
We have a user that needs access to finesse.  Most users have a physical phone, but this user is just using a jabber client.  I have added the IPCC extension to the user as well as assigned the user to the correct team in UCCX.  But when th... view more
Certificate Expiration Notification
Created by ricarlovesit on 02-13-2020 08:46 AM
0
10
0
10
This article in specific refers to the VeriSign Class 3 Secure Server CA certificate. Many customers are concerned about their systems generating an alert similar to this:   local99 0 : 1: XXXXX: Feb 1 2020 14:00:00.105 UTC : %UC_CERT-0-CertExpired: ... view more
CE 9.7 and above, UI Extension Visibility
Created by daniel.portugal@spinitar.com on 02-11-2020 12:01 PM
0
0
0
0
Does anyone know if there is a way to make panel buttons visible and invisible using macros?Is there a way to make widgets or rows of a page visible or invisible using macros?
How to Perform AXL API Load Test on CUCM with Apache JMeter
Created by Abdul Jaseem VP on 02-10-2020 10:44 PM
0
0
0
0
It is important to understand how to perform an AXL load test on CUCM due to large number of 3rd part Automation and customization that are happening recent years. Automation and customization features in any Cisco product have significantly increased in ... view more
How to Access Cisco CallManager (CUCM) with AXL API Postman ...
Created by Abdul Jaseem VP on 02-10-2020 09:45 PM
0
5
0
5
AXL API programming is gaining its importance day by day. The Administrative XML Web Service (AXL) is an XML/SOAP based API that enables remote management of Cisco Unified Communications Manager (CUCM) using any programming languages such as Python. Sendi... view more
CreatePlease login to create content
Discussion
Blog
Document
Video
Related Content
Discussions
Blogs
Documents
Events
Videos
Content for Community-Ad
FusionCharts will render here