Cisco Community present at Cisco Live EMEA 2023. See you in Amsterdam! Learn more.
Turn on suggestions
Auto-suggest helps you quickly narrow down your search results by suggesting possible matches as you type.
Showing results for
Search instead for
Did you mean:
Start a conversation
Options
585
Views
14
Helpful
9
Replies 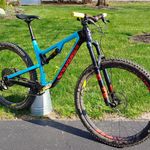 The company does not want the employees phones ringing which is why I am sending to an alternate extention.

In Unified Communications manager I was going to create a single CTI route point with all 60 of these alternate extensions.

Does anyone know of or can think of any issues I may run across or even a more slimline way of doing this?

For the 60 users you can Edit the Transfer Rule on their account to Greeting rather than the default which is Extension;

Thanks Rob for the reply.  I am good on the unity part it is the creation of all the DNs to get it from UCM to Unity.  Not sure if one cti rp with 60 DNs is good design or if I should be creating 60 seperate cti rp and each one have its own DN.

Maybe I'm dense here (I probably am).....but I was referring to a method that

to the users Greeting without the use of any Alternate extensions. By using the

setting I listed above you won't need any further manipulation or CTI-RP's. It makes

any transfer from any Directory Handler go to the Greeting rather than ring the extension.

So, I read this thread and I see the same thing Rob does...if you don't mind, let me see if I can point out where our hang up is:

I am creating an auto attendant  for a dept with 60 employees.  The auto attendant will send callers to  an extension that is the employees alternate Unity voicemail extension. ---> This implies that callers are already being routed to Unity via a Call Handler or directly to a Directory Handler.  Callers will then be allowed to transfer to an extension from within Unity.

The company does not want the employees phones ringing which is why I am sending to an alternate extention. --> If you aren't going to ring an extension, then you should just go with Rob's suggestion which is to route directly to the user's greeting.  Even if you use an "Alternate Extension" configuration in Unity, the same transfer rules will apply.  The Alt Extension is treated the same as the primary extension.  However, you may just mean that the number is not the Employee's real extension and not referring to an "Alternate Extension" in Unity.  This is probably because you don't want callers to hear the extension announced with the transfer option.  You can actually turn off the announcement of extensions so you could have callers transfer to any user but not hear an extension and you don't need any "alternate" extension.

In Unified Communications manager I was going to create a single CTI route point with all 60 of these alternate extensions.

I also thought about createding 60 individual CTI route points. --> Again, if you just want to transfer to users without using their real extension then you don't need any CTI route points.  However, you can create one CTI route point and have multiple extensions configured within the one route point.  If you do this, you are going to need the following (if you don't want phones to ring):  1) Set this extension as the user's "Alternate Extension" in Unity (unless you're going to have 2 mailboxes for everyone...not a good use of licensing).  If you don't use either the Alt Extension or a separate mailbox and the CTI route point points to Unity then Unity will not recognize the extension and callers will get the "Open Tree" or generic greeting and prompted to login.  2) Set the transfer option to go directly to voicemail for each user (again, the Alternate Extension is treated as if it were the primary extension from a call handling perspective).

Does anyone know of or can think of any issues I may run across or even a more slimline way of doing this? --> Unless we are both severely misunderstanding what you're trying to accomplish then we've outlined a more slimline way (and one that doesn't cause much headache for you and is also manageable for the customer).  However, if we are misunderstanding...please clarify and I'm sure we'll be able to help you.

Thanks for the very kind addition to this thread. You ROCK!

I apologize I should have explained a little more.  I forget only the government can read my mind .

So this is call cetner express that is providing all my call treatment and queueing.

Call comes in from PSTN, Hits express and is presented with several menu options.  Some of the menu options go to queues some goto individuals.

But at any time if you know your partys extension you can dial it at anytime.  I use a java intlength - sCED.length() to collect the digits send to an ext or to a switch step for menu options.

The connection back to unity will be the 5 digit ext the caller dials which is sent back to call manager which then intern sends to Unity.

The UCCX information certainly helps understand the need/approach of using alternate extensions and relative call routing in CUCM.  Take a look and verify if this sums up your requirement accurately:

1.  Call comes into CUCM and routed to UCCX script

2.  Caller chooses to transfer to a user from UCCX

- Do not transfer to user's direct extension (use alternate extension)

- Calls should be routed to the user's VM greeting (i.e., the phone does not ring)

The fact that the call originates from UCCX and not Unity combined with requirement to not ring a user's phone then leads to the alternate extension and CTI Route Point approach.  You can have multiple lines configured within a single CTI RP device.  Each of those extensions in the CTI RP should be configured to CFwd All to voicemail with the correct VM profile assigned to each line.  For example, a CTI RP device named "TransferToVM" with device level CSS and applicable settings.  Within "TransferToVM", create each DN as a line and assign the VM profile and CFwd All settings.

Then you will need to handle the call once it gets to VM.  In order to send the call directly to a user's VM then the extension you are transferring to needs to be associated with a dedicated mailbox or you can use the Alternate Extension to set up an alias between the primary extension assigned to the user's mailbox and the alternate extension.  In your case, I believe you would be looking at option 2 (assuming users already have a mailbox in Unity that is associated with their primary extension).

Thanks for all the input.  My challenge here was what to do with all the alternate extensions that I needed to create in UCM.  I started down the road of creating CTI Route Points.  Unfortunalty CTI RP can not be bulk uploaded in to UCM.  I ended up creating these as CTI Ports in UCM.  I was able to use BAT to bulk upload CTI ports.  '