Cisco Community
English
Register
Login
RegisterLogin
Options
Turn on suggestions
Auto-suggest helps you quickly narrow down your search results by suggesting possible matches as you type.
Showing results for
Search instead for
Did you mean:
8631
Views
0
Helpful
21
Replies
Highlighted 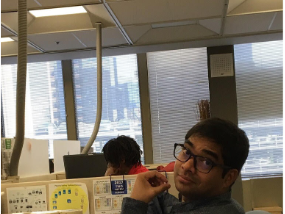 Cisco BE7000 is optimized for enterprise-scale organizations with 1,000 to 5,000 users and 3,000 to 15,000 devices, but offers a great fit for smaller deployments where fast growth is expected. We can stack additional servers as required for more capacity to support larger-size deployments. How larger can you we go for a deployments and how many sites can we have on this deployments?

Labels:
I have this problem too
0 Helpful
Reply
21 REPLIES 21
Highlighted

There is no limit on number of sites. BE7K can scale to 80K phones all based on number of servers in a cluster (mega cluster as an example) and as long as you size it as per the load of the cluster.

Correct, Cisco positions BE7000 for 1000+ user deployments, and you can "stack" appliances to run all the VMs required.

Because of BE6000 collateral, there is sometimes a misperception that BE7000 is a similar kind of single box offer only for 5K users.  It is not... following SRND and Preferred Architecture rules, at 500 users or higher you're looking at 2-3 boxes to run the VMs typically needed.  YMWV based on deployment specifics.

As mentioned you could run a 20+ VM megacluster on BE7000, but that would be at least 4x BE7000H or 7x BE7000M appliances to handle all the VMs.   Totally possible, though when deployments get that large I tend to see UCS B or HyperFlex preferred unless not geo-distributed.

For a growth story yes we absolutely see cases where customer could fit on BE6000 but chooses to instead start on BE7000 as part of positioning themselves for growth.    Upfront ... denser scale-up VMs and more powerful HW to run those denser VMs.  Tradeoff between upfront cost now vs. future HW/SW migration effort/impact.

Thank you Srinivasan and Jarias. However I am wondering as BE7K uses Cisco UCS C240 M4 server, how many users can we serve by one server from minimum to maximum? Can we have more than one CUCM VMs in one server?

Advisor
In response to Ali Chowdhury

What Srini said. Use www.cisco.com/go/vmpt<http://www.cisco.com/go/vmpt> to model a deployment. When you get to several 100 or few 1K devices and above, per SRND/PA design rules the UCM cluster is going to be 5 to 20+ VMs, which can be distributed among multiple BE7K boxes. Vs. smaller deployments <1K users / <2.5K devices you many only have 2-3 UCM VMs for the cluster.

Similar for other apps … Unity Connection, IMP, Paging, etc. In few 100 user deployments a lot of those apps are single-VM. But as you grow you need more VMs just to scale, and redundancy becomes mandatory requirement so more VMs. Limited how big you can get with BE6K appliances and “thin VMs” from a scale-out perspective. If planning to be big one day then “thick VMs” on BE7K appliances or UConUCS may be better to start. Like I said tradeoff between minimize upfront infrastructure cost now vs. minimize migrate-to-grow cost later.

Thank you James and Srini,

I was going through the ordering guide: https://www.cisco.com/c/en/us/products/collateral/unified-communications/business-edition-7000/guide-c07-733539.pdf. However, I am wondering how 4000 users can be run on 3x BE7000H servers where we normally need 4x BE7000M servers as we can put a OVA with 10,000 max users in a server.

Advisor
In response to Ali Chowdhury

BE7K H has more cores than BE 7M servers so more apps can be fitted in. The question is not about fitting 10000 users on one server, that's a bad design. You distribute the load across servers and load balance them

I suggest you take the time to go over the SRND on how to design PUB/SUB/TFTP this is all explained well in it. In addition you can go here and download the sizing tool and figure out how many nodes you need for your users and how you distribute them across multiple servers

For some best practices “typical” designs, you can also check out the Cisco Preferred Architecture for Enterprise Collaboration (or Voice, depending on set of apps you’re deploying).

The CVD of that PA has an example cluster layout … I think it’s like 5x UCM VMs for a UCM cluster of up to 5K devices … either 7.5K user or 10K user VM configuration.

From that footprint you can derive a BE7000M/H box count to host those VMs (along with any others for IMP, Unity Connection, etc.).

As Srini indicates, Cisco does not position BE7K as a “one box to scale, 2 for redundancy” solution as with BE6K … at around 5K devices, the typical UCMIMP app footprint will usually require 2-4 BE7K boxes for scaleredundancy. www.cisco.com/go/vmpt<http://www.cisco.com/go/vmpt> can help you model “what if” designs.

I understand your points. I will come to the point of designing considerations afterward. Just as a curiosity, I am wondering as a hardware wise as Cisco uses UCS C240 M4 Rack-Mount server for their call processing, disregarding everything else, if I just want a phone system based on BE7K, what will be the maximum users I can handle on this single platform?

UCM sizing is no longer directly tied to HW now that we’re virtualized … app scale/density is now in terms of fixed-configuration, fixed-capacity VM’s (which ones & how many determined by CST), and then the HW policy determines what each flavor of VM can run on. There are also a lot of “it depends” on the app sizing side, as these apps’ architectures are not “scale-out” the way the cloud world defines that term.

E.g. if doing the Cisco Validated Design of the Preferred Architecture for Enterprise Voice 11.6 for 5000 phones … I think that nets to a 7 VM setup for UCM+IMP (using UCM 7.5K user and IMP 5K user VMs), which would all fit on 1 BE7H or 2 BE7Ms.

Beginner
In response to Ali Chowdhury

But … how many UCM VMs you require depends on the SRND and CST.

I see James. What kind of third-party servers can we use for CUCM instead of Cisco UCS servers?