In order to upload ISOs to my VMWare host I usually traverse a 100Mb switch and an ASA5505.  This is painfully slow so I figured that temporarily putting my laptop in the same VLAN/subnet as my VMWare hosts would speed things up since my core switch is 1Gb.

Unfortunately this is only half true.  From the same VLAN/subnet I can't access my BE6k at all.  No ping, SSH, web, or vSphere.  I can upload a 2.5Gb ISO to my first UCS host (of Windows guests) in about 75 seconds.  I can also access it via vSphere and web.

Is there some funky network or security setting that is barring direct network access to my BE6k?  I can access it via every method when I do it through my firewall but nothing works from the same subnet.  I feel like I'm missing something here but the fact that two VMWare boxes with almost identical versions of ESXi running are behaving differently I am led to believe there's a setting in Cisco's stock ESX config that's different.

Any ideas?  TLDR:  Two VMWare hosts in the same VLAN/subnet.  I can reach one but not the other when I put my laptop in the same VLAN.  Both are reachable when traversing the firewall. 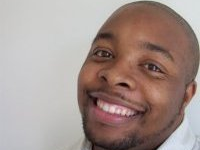 You may want to check your IP

You may want to check your IP, Subnet, Gateway, and VLAN settings using a VGA monitor and USB keyboard.

Good thinking.  I'll check it out tomorrow.  Everything is /24 for simplicity's sake but maybe I fat-fingered something.

0 Helpful
Reply
Latest Contents
what is the proper OS for CUAC Standard 10.6
Created by mohammad saeed on 01-25-2020 09:26 PM
2
0
2
0
Hi Guys, I want to ask about what is the proper OS for CUAC server 10.6 and for client as well? Thanks for all support
UCCE Admin Script that sends an email
Created by leftovers on 01-24-2020 12:27 PM
0
0
0
0
Is there a way in UCCE with using an admin script maybe using the email application in Call Studio to send out an email? I know in UCCX you can send out an email if the script were to fail but is there a way to do it in UCCE? Any help would be great!
Cisco CME lab on Packet Tracer 7.2
Created by vince.castro on 01-23-2020 06:01 PM
0
0
0
0
Fun lab with Packet Tracer and running Cisco CME with 3 ip phones, 3 laptops, 1 switch, and 1 router.  Fun lab with repetition.  You will be able to test your phones and laptop for connectivity etc. Solution;see attached CME Packet Tracer L... view more
Issues after Moving microsoft ldap directory to openldap(Okt...
Created by raghav0122 on 01-23-2020 09:18 AM
0
0
0
0
We are testing this is our lab. When we sync users with OpenLdap we ger userID as xxx@xxx.com but when we sync with MS Active directory we get user ID as xxx.Does anyone have this issue?
How to Assign IP Address to UCS C Series Server Management P...
Created by Abdul Jaseem VP on 01-23-2020 07:33 AM
1
5
1
5
How to configure IP Address for Cisco Integrated Management Controller CIMC. The Cisco Unified Computing System (UCS) is a data center product composed of computing hardware, virtualization support, switching fabric, and management software. The underlyin... view more
CreatePlease login to create content
Discussion
Blog
Document
Video
Related Content
Discussions
Blogs
Documents
Events
Videos
Content for Community-Ad
FusionCharts will render here