I know I can configure intercom on an 8800 series phone to "whisper" to the call recipient and in order to have a two way conversation, the recipient will need to press a button on their phone to allow the two way conversation. Is it possible to program the system so that the recipient will not have to press any key? Suppose I'm a chicken manure farmer and I'm 20 feet from my 8841 wall phone and I'm knee deep in Road Island Red Chicken manure. Then my secretary calls me via intercom and says "what do you know Joe?" over the speaker. I don't want to sludge and slide thru 20' of manure while the chickens a pecking at my legs just so I can press a button to tell my secretary that I having a great day. I want to be able to speak across the room to my secretary without moving an inch toward the phone. Is this not doable? 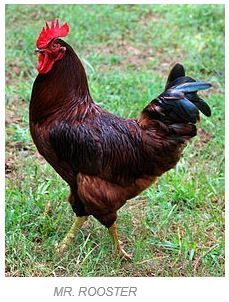 Beginner
In response to Jonathan Schulenberg

Thanks for your reply. I already thought about that as a solution and if I'm reading this correctly It will not work well on a large scale. For those reading this, the link said "You could give this one user a non-intercom DN set to auto answer on speakerphone and have the person who is calling use their non intercom DN or a speed dial to reach this user and receive two way audio path but that's about it." Does this mean my secretary and the chicken house phone would each need a key with the same "intercom DN" or only the chicken house phone would need the "intercom DN" only and my secretary could dial the number directly from any line?

Beginner
In response to chuck47172

Have you been able to implement the solution as per your requirement ?

Beginner
In response to PTS
no, because I never got an answer to my last question and gave up.
0 Helpful
Reply
Highlighted

VIP Collaborator
In response to chuck47172

To solve your problem:

And YES! I wish Cisco would make the option of enabling the microphone on an intercom available.

Beginner
In response to Maren Mahoney
Who would one talk to at Cisco to convince them to add the option of enabling the microphone on an intercom for a completely hands free conversation?

This is the kind of stuff that slays me. You can get simple features like this on cheap Key Systems.

VIP Mentor
In response to chuck47172

You can have that now with a normal DN set to auto-answer on speakerphone. If you want a feature enhancement request for Intercom DNs then your Cisco AM is the place to go - be prepared to present a business case.

Latest Contents
Registering a Cisco TelePresence Endpoint to CUCM
Created by Elias Sevilla Duarte on 09-23-2020 11:41 AM
0
0
0
0
(view in My Videos) This video demonstrates the process of registering a Cisco TP endpoint to CUCM
UC Smart Licensing down?
Created by LakeShow on 09-21-2020 10:18 AM
1
0
1
0
We have CUCM and CUC (v12.5) which has been directly registered to Cisco's Smart Licensing, but today's I noticed this error from RTMT "Smart Licensing Authorization Renewal Failure". I tried to force the re-authroization and re-registration and now it sa... view more
Customer Device Activation RC API Provisioning User Guide
Created by bcolyear on 09-21-2020 02:40 AM
0
0
0
0
Cisco 7841 MPP - Custom Ringtone
Created by HegmannKris75665 on 09-18-2020 08:32 PM
0
0
0
0
Hello I have a Cisco 7841 3pcc Phone, if I specify a custom ringtone and try to play it, it is spit out in the log> Bad parameter in Ring File field: w = tftp: //192.168.220.120/TEST.rawand the standard sound plays.-----------4047 ERR Jan 17 16: 15: 33... view more
How to change certificate information on CUCM using the "set...
Created by pkinane on 09-18-2020 11:19 AM
15
35
15
35
Please rate helpful content (i.e. videos, documents, comments). Also, please select the correct answer(s) if any comment(s) answer your question otherwise the questions remains on the support forums as unanswered.   The set web-security CLI command... view more
CreatePlease login to create content
Discussion
Blog
Document
Project
Video
Related Content
Discussions
Blogs
Documents
Events
Videos
Projects
Content for Community-Ad