We are running Presence 8.0.2 with CUPC 8.0.142.13279.  On CUPC fresh installs on Windows XP with the VT Camera III, the Video option is greyed out within CUPC options.  The VT Camera III still shows up in Audio options for microphone.  And the video camera works fine (testing with separate video app)

Users who have been upgraded to CUPC 8 from 7 and had VTCameraIII installed on XP are working fine.

Anyone have any ideas as to what could be wrong?

We installed the latest VT Advantage driver after installing CUPC 8

Beginner
In response to pruttman

Did that work for you?  Do you have the same type of setup?

The VT Camera III doesnt have any special drivers.  However, I attempted your solution and unfortunately it did not resolve the issue.

Beginner
In response to Gregory Smith

We installed the Cisco TV Camera Driver along with CUPC 8 to make the video work from our VT Adventage Cameras.  I don't know if we have version III cameras or not.  We have two versions we bought to use with VTA.

Have you confirmed that the OS is seeing the camera in Control Panel | Scanners and Cameras (we are using XP).

Beginner
In response to pruttman

The VT Advantage III is an HD camera and uses the Microsoft video driver.

XP sees the camera fine and I can use it in the Control Panel/scanners and cameras and in other applications.

Installing the VT Advantage III with CUVA and then uninstalling CUVA and installing CUPC 8 seems to be the only way to get it to work.

Beginner
In response to Gregory Smith

By the way, I have a TAC case open on this as well and will post any results.  If anyone has any other ideas, please let me know. 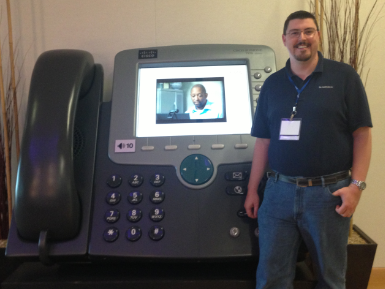 Enthusiast
In response to Gregory Smith

Did you ever get a fix for this? I'm running into a similar issue.