Version of VMO that will work with Outlook 2010??

Does anyone know WHEN Cisco will finally release a version of Viewmail for Outlook that will work with Outlook 2010??   Outlook 2010 has been out for months now and the latest version of vmo (8.03) does not support Outlook 2010.

Not officially supported, but it will work. I have it working in Outlook 2010 on a Windows 7 machine. Take a look at the following post for detailed steps for making this work.

Beginner
In response to Brandon Buffin

Thanks. Brandon.  I did know about the thread you referred to, but I am going to do it as last resort.  I was just hoping someone from Cisco you would read this thread and let me know when a supported version of VMO would be available for the Outlook 2010.  Just trying to avoid doing the work around then having the supported client come out a week later. 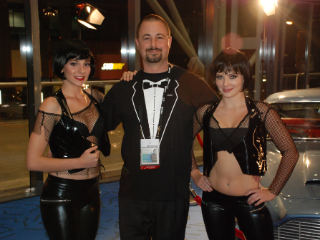 Cisco Employee
In response to tcekada

It's just very annoying to me that our customers pay top dollar for Cisco Unity 8.x software, licenses and support, and here we are at the end of 2010 and Cisco has not yet created and released a version of VMO that will work and is supported on Outlook 2010.  Sorry for the rant.

Cisco Employee
In response to tcekada

No problem!   I can certainly understand your frustration!   Personally, I'd highly suggest contacting your Cisco account representative, in Cisco Sales, and having them add to a Product Enhancement Request (PER) for a Unity version of Viewmail for Outlook that supports Outlook 2010.   This way, they can attach dollar values to it and push for the development of it faster.

Thanks for the tip Craig. I've done just that.

I will point out that the thread everyone is linking to didn't work for me. I get the playback toolbar on the email, but when I click the "Play" button, the toolbar just doesn't respond.

" Personally, I'd highly suggest contacting your Cisco account representative, in Cisco Sales, and having them add to a Product Enhancement Request (PER) for a Unity version of Viewmail for Outlook that supports Outlook 2010.   This way, they can attach dollar values to it and push for the development of it faster."

after a really bad day at least I can leave on a laugh...thank you Craig.

"dear cisco, I would like to give you my money, but first you must create a plugin for the world's most widely used business email application which will allow me to listen to the voicemail messages which are stored on my Cisco voicemail server.  The email application I am describing is called Microsoft Outlook.  Its offered by the same people who make the operating system that you require for customers who purchase your crappy voicemail system.  I know you've heard about it because for the past 8 years I've been using a cisco plugin called Cisco Viewmail For Outlook.  You might look into it; its a very simple tool and works pretty well despite being a cisco product and running on a microsoft platform.  I think it would be a good idea to update it to work on Outlook 2010.  Anyway, if you get around to it I'll be sure to send you my dollars.  thanks."

I mean, "who thinks this kind of statement is actually necessary?"  Come on Cisco people, get your act together already.  Its Feburary 2011 starting tomorrow; Windows 7 shipped in 2009 and Office 2010 shipped last Summer with both products being widely available in beta form earlier than that.  Even the most thick-headed and dumb folks in the world can recognize the need to update this software...try hiring one of them for your product development team for a change!

Beginner
In response to aspenskier

It has not gone well.  We did contact our Cisco Rep. and they got back to us with a "no promises release" date for a version of VMO that works with Outlook 2010 of June 2011.  But I doubt we'll see the product by then.  They don't seem to care about developing software for Unity anymore eventhough they are selling it as a supported product.