You can't see this within the web interface, but what you can do is use the Bulk Administration Tool to export a CSV file of the 'Users with Mailbox'.

The LdapCcmUserId column will be blank against any user who is not synced with your LDAP directory.

You can't see this within the web interface, but what you can do is use the Bulk Administration Tool to export a CSV file of the 'Users with Mailbox'.

The LdapCcmUserId column will be blank against any user who is not synced with your LDAP directory.

Enthusiast
In response to benjaminwatt

Thanks Ben!  I guess that way is as good as any.  It is a shame there is no search option on the web page though

Contributor
In response to jhitt-limited

Yes, it would be good if there was a bit of consistency with the LDAP options across all the Unified Communication applications. CCM has the active/inctive column for Sync status, but UC has nothing.

Cisco Employee
In response to benjaminwatt

There has been discussion about possibly adding a new feature to meet your requirement in a future release. 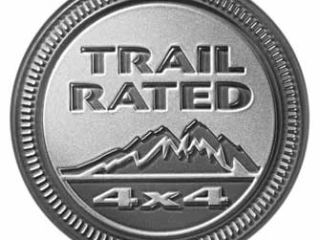 Beginner
In response to jhitt-limited

That will list all users who are not ldap enabled.  You'll see a couple system accounts that you don't want to worry about.  Once a user is deleted in ldap they will stay as 1 until the next sync, UC will notice them being gone and move them to 4.  I believe after another day or two they will automatically move from 4 to 0 so it's not going to be immediate.  If you are just checking up once in awhile though the ones that would be interesting to you would be 0 and 4.

0 being where they are not ldap users at all, and 4 being that they are but we aren't seeing that account anymore in the ldap sync.

Enumeration:
0, none, user does not have ldap enabled.
1, sync, ldap synchronization enabled.
2, authenticate, ldap authentication enabled.
4, inactive, ldap is enabled but temporariliy inactive for the user.

Enthusiast
In response to anmcbrid

Thanks for supplying an additional option.  Is there a way to send the results of this query to a file?

Mentor
In response to jhitt-limited

Easiest way is to use an app like Putty to connect via SSH to the server, and set the session in the putty config to log 'printable output' to a file. You can then open that in Excel as a text file and get it to treat it as tab delimited, and skip the junk lines at the start.