UCS M-Series Design Principles - Why bigger is not necessarily better! 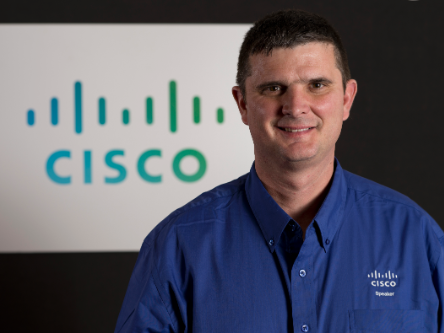 Cisco UCS M-Series servers have been purpose built to fit specific need in the data center. The core design principles are around sizing the compute node to meet the needs of cloud scale applications.

When I was growing up I used to watch a program on PBS called 3-2-1 Contact, most afternoons, when I came home from school (Yes, I’ve pretty much always been a geek). There was an episode about size and efficiency, that for some reason I have always remembered. This episode included a short film to demonstrate the relationship between size and efficiency.

The plot goes something like this. Kid #1 says that his uncle’s economy car, that gets a whopping 15 miles to the gallon (this was the 1980s), is more efficient than a school bus that gets 6 miles to the gallon. Kid #2 disagrees and challenges Kid #1 to a contest. But here’s the rub, the challenge is to transport 24 children from the bus stop to school, about 3 miles a way, on a single gallon of fuel. Long story short, the school bus completes the task with one trip, but the car has to make 8 trips and runs out of fuel before it completes the task. So kid #2 proves the school bus is more efficient.

The only problem with this logic is that we know that the school bus is not more efficient in all cases.

For transporting 50 people a bus is very efficient, but if you need to transport 2 people 100 miles to a concert the bus would be a bad choice. Efficiency depends on the task at hand. In the compute world, a task equates to the workload. Using a 1RU 2-socket E5 server for the distributed cloud scale workloads that Arnab Basu has been describing would be equivalent to using a school bus to transport a single student. This is not cost effective.

Thanks to hypervisors, we can have multiple workloads on a single server so that we achieve the economies of scale. However there is a penalty to building that type of infrastructure. You add licensing costs, administrative overhead, and performance penalties.

Customers deploying cloud scale applications are looking for ways to increase the compute capacity without increasing the cost and complexity. They need all terrain vehicles, not school buses. Small, cost effective, and easy to maintain resources that serve a specific purpose.

Many vendors entering this space are just making the servers smaller. Per the analogy above smaller helps. But one thing we have learned from server virtualization is that there is real value in the ability to share the infrastructure. With a physical server the challenge becomes how do you share components in compute infrastructure without a hypervisor? Power and cooling are easy, but what about network, storage and management. This is where M-Series expands on the core foundations of unified compute to provide a compute platform that meets the needs of these applications.

There are 2 key design principles in Unified Compute:

Over the next couple of weeks Mahesh Natarajan and I will be describing how and why these 2 design principles became the corner stone for building the M-Series modular servers.

Latest Contents
MDS UCS port channel configuration
Created by Charly__95 on 07-03-2020 02:35 AM
3
0
3
0
Hello,I want to configure a port channel with 4 interfaces between an MDS 9148S and a UCS 6248UP.MDS 9148S version : 8.4(2)UCS 6248UP version : 2.2(8i) - 5.2(3)N2(2.28i)Here is the configuration: MDS: feature npivfeature fport-channel-trunk... view more
CIMC Certificate with SAN
Created by richard.perkins on 07-02-2020 12:11 PM
4
0
4
0
Is there any way of importing a certificate on the CIMC with the SAN attribute?  Modern browsers are requiring subject alternative names and the CIMC does not include SANs when generating a CSR.
UCS CPU heatsink
Created by plp_pnlr on 07-02-2020 05:11 AM
2
0
2
0
If you buy an additional CPU for UCS C server. does its heatsink is included on the purchase? it was already on the server's CPU socket?
C-Series Server Boot/Shutdown using Powershell/Powertools
Created by R. Clayton Miller on 07-01-2020 09:00 PM
0
0
0
0
I was looking for a solution to automate the control of my home VMware servers to save on the power draw by booting them only when needed (vs leaving them running 24x7). The average UCS C-series server costs between $40 to $60 per month to run continuous... view more
Reinstall ESXi on ucs-c220 m4
Created by harresh123 on 07-01-2020 05:59 PM
1
0
1
0
Hi,I need to reset the VMware root account password for the ESXi that came pre-installed on UCS C220 M4. Obviously I need this to configure the vmware network management and get through hypervisor's initial configuration. I have CIMC access. Is the ESXi r... view more
CreatePlease login to create content
Discussion
Blog
Document
Video
Related Content
Discussions
Documents
Videos
Content for Community-Ad