Turn on suggestions
Auto-suggest helps you quickly narrow down your search results by suggesting possible matches as you type.
Showing results for
Search instead for
Did you mean:
Start a conversation
Options
265
Views
0
Helpful
8
Replies

1 blade has taken the graphics card, and it has the drivers installed and is showing either graphics or compute. this is good.

the other blade in another domain was set up the same, but it doesn't look the same at all, rather than showing as graphics or compute it just says N/A, and doesn't have a driver version or firmware package associated. It is visible, but i don't feel like its actually in use.

ive checked the firmware package and it contains the correct image, and for all intents and purposes the set up is identical, i rebooted the host to see if that would install the fw and drivers for the card, but it hasnt.

Has anyone had the same issue? we are about to install some more front mezz versions in the same hosts and i would like to get them both in the same state. We havent had any complaints from the customers, but im not sure they would know what to look for or anything.

i can't find any documentation on the configuration of the gpu once installed, there might not be anything to actually do on the ucs after, any ideas would be appreciated! 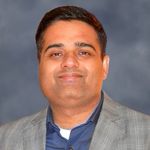 Are they using the same firmware version? whats the vbios version on the GPU? you can check it from the UCS Manager and inventory under server.

Beginner
In response to ravi_mishra
Options

i can't see anywhere that mentions vbios for the gpu, can you be a little more specific as to where it is? 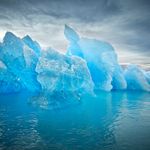 There is an example of where to check here:

Select the Server and on the right pane select Inventory > GPUs.

yeah thats where i was looking, just didnt see a ref for vbios, so only 1 of them has it, the other says not supported. screen shots attached.

it says its not supported, but they are identical blades, firmware, domain firmware the same etc

If thats the case, you may just try and reset the CIMC on the server in questions from Recover Server action in UCSM for the blade in question.

When i go to the esxcli and run the commands, it doesnt show up - but Vsphere acknowledges that it is there and allows it to be configured.

I have done a re-cknowledge of the blades to no avail before, is it best to put the host into maint before tweaking the cimc?

CIMC reset should not impact the host OS, but would be best to put the blade in maintenance mode to be safe.

Its interesting that the esxcli commands do not work. Do they work on the other server? same version and driver in use?

a click of the cimc made no difference to the bad host!

we have just installed a front mez card on the good host now. attached is the cli output from that and also a pic of what the ucs shows