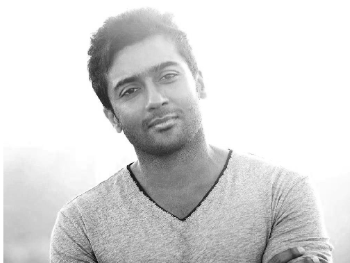 A major refresh of the Cisco Unified Computing System (UCS) unveiled today relies on much higher levels of embedded IT automation to make it possible to manage denser unified compute platforms at scale.

Todd Brannon, director of product marketing for Cisco, says the M5 iteration of the Cisco UCS makes use of the latest Intel Xeon Scalable processor series that is optimized for systems based on the NVMe backplane technology Intel developed. Cisco says its tests show that the M5 Series platform is 86 percent faster than previous generations of UCS. Usage of NVMe is also making it possible for Cisco to add support for two graphical processor unit (GPUs) that can be deployed in the same system as Intel Xeon processors.

In addition to taking greater advantage of NVMe, the M5 series of blade and rack servers also makes use of 25G Ethernet networking to better integrate compute, storage and networking. To make it simple to manage various nodes within UCS, Cisco today also announced Workload Optimization Manager module with version 6.5 of Cisco UCS Director, the management platform Cisco embeds with UCS. That module analyzes the characteristics of any given workload to better match it to different classes of compute nodes that any given UCS system might have available at a specific time. Version 6.5 of UCS also makes it simpler to move virtual machines across nodes using software from VMware and automates a variety of Powershell functions.

“Our approach is to wrap our servers in software,” says Brannon. “That’s what sets us apart.”

8 Helpful
Share
Latest Contents
UCS FI traffic flow
Created by nflnetwork on 10-12-2021 08:36 AM
1
5
1
5
Hello,where in UCS manager do i verify that all traffic is "flowing' thru both fabric's ?we are migrating a pair of 6200 Fi's and before we disable one side of the fabric i wanted a to perform a quick sanity check that exiting traffic  is actually fl... view more
can't clear UCS-B200 M4 CMOS
Created by Hatem Khadr on 10-11-2021 10:18 PM
3
5
3
5
During upgrading the blade server 200 M4 from release 3.1 to 4.1 the upgrade stuck in process "Waiting for Bios post completion information from IBMC error code 1002" and as per Cisco this is a bug, and the round solution "a CMOS clear may be required" bu... view more
Trying to understand how Cisco firmware versions work
Created by JDMils on 10-11-2021 10:09 PM
2
5
2
5
I have a customer with a Cisco UCSM:2x Fibre Interconnects2x Chassis6x B-series blade serversThe customer currently has firmware 3.2(3p) on their system and would like to upgrade to V4.1 (N-1) as they are upgrading their vSphere environment to 6.7u3.From ... view more
Is UCSC-PCIE-IQ10GF compatible with SFP-10G-SR?
Created by Romantic-W on 10-11-2021 05:40 AM
4
5
4
5
HiI have a UCSC-C220-M5SX server with two UCSC-PCIE-IQ10GF interface cards. The description of UCSC-PCIE-IQ10GF inCCW is Intel X710 Quad-Port 10G SFP+ NIC. Can this interface card use Cisco's SFP-10G-SR module?
How to collect lsiget logs from UCS
Created by Tirtha Tripathy on 10-10-2021 11:01 AM
0
0
0
0
Upload the Script to Datastore 1. Browse to any Datastore of ESXi Host2. Upload the folder "lsigetvmware_022817"    ex. Suppose the datastore name is "Datastore3" Run the Commands    Enable SSH of ESXi Host    SSH to ESX... view more
Ask a Question
Create
+ Discussion
+ Blog
+ Document
+ Event
+ Video
+ Project Story
Find more resources
Discussions
Blogs
Events
Videos
Project Gallery
New Community Member Guide