NOTE: From UCS PE 2.2(1bPE1) onwards, UCS PE supports uploading the B-Series and C-Series server firmware bundles.  Because of the large file sizes of the firmware bundles, UCS PE only supports uploading of only the stripped-down versions (attached to this document), which includes only the firmware metadata but not the actual firmware itself in the binaries.  The stripped-down version of the firwmare bundles which contain metadata only of the B-series and C-series server firmware is reduced to approximately 50 kB in size. 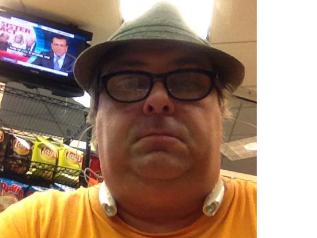 When will the Cisco UCS Platform Emulator (3.0(1cPE1)) be availble for download?

Thanks for the update. Downloading it now.

I downloaded the OVF file and tried to import it in to my vCenter and am getting an error on import. I am able to extract the .OVF file and see all the  VM files.

Error: "The OVF descriptor is too large"

Any ideas on how to get past this error?

I just deployed it to my VMware environment via Deploy OVF Template, and it worked / started fine for me.  Can you retry the download and try again?

It looks like it might be missing some bytes. Mine is showing on disk as 463,904 (422 MB) on disk. I will kick off another download and see if that fixes it. I just looked at my DL manager and it says the file downloaded completely with no errors.

It is downloading the file now but it still only shows that the file is 442 MB in size which is what it says on your post as well.

I just downloaded the plain zip file and will try to copy those up to ESXi and add VM from there just to test.

I have downloaded the OVF file from 2 other servers and am still getting the error when trying to deploy the OVF file.

I then downloaded the .zip file and did an import on the vmx file and it imported ok but when I tried to run it on ESXi 5 it completely crashed the host and it had to be rebooted. I have also tried this on 1 other host and had someone else try it on a totally separate ESXi host and it crashed their host as well. It is running on a MAC with VirtualBox.

I have an update on this issues I am having. I was able to unpack the OVF file that I downloaded "Cisco_UCS_Platform_Emulator_3.0.1cPE1.ovf" using 7-zip and import the VM using the .ovf file that was located in that file. That import worked just fine and loaded all the correct NIC's and booted right up.

I was never able to get the .zip package to import and run.

So I tried to do the import in vCenter again and manually removed the NIC's and added them back and it still does not properly boot and just hangs. Once that happens ESXi server becomes unstable and the VM will not shutdown.

The only way I was able to get  this VM to shutdown was to force a reboot of ESXi. 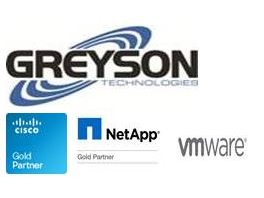 I was able to get the .zip file to install but no matter what I get the error java.net.sockettimeoutexception: read timed out when trying to login.  I get this with either IP address.

No device connected to this Fabric Interconnect

Did you manipulate the VM in any way (i.e. remove any of the three NICs)?  If not, please log as user: config / password: config and perform a factory reset.  From what you describe it sounds like you removed a couple of the 3 NICs, or don't have all 3 NIC's IP'ed properly so they can communicate together.

I'm at a loss as to what is causing this.  What versions of VMware are you running.  Are you sure your datastore didn't have connectivity issues at the time of deployment.  I have never seen any behavior that would cause ESXi to get wedged and cause a hypervisor reboot because of a VM deployment.  I have deployed hundreds of copies of UCSPE myself with little to no problems in our lab.

I am running ESXi 5.1.0 with the latest patches. I tried it on 3 different ESXi servers and they all had the same issues. I have installed other UCS Emulators and currently have v2 running as a VM and no issues. Not sure what is going on with it. I was able to find the workaround so I at least have it running.

Latest Contents
fresh install ESXi 7 on iscsi boot from SAN running ESXi
Created by Stevexu20210507 on 05-07-2021 02:36 AM
0
5
0
5
Hi there,Currently we have  two Cisco C220M4S running ESXi 5.5 and ESXi host iscsi boot from SAN netapp FAS2552.(UCS no local disk), now we would like to fresh install vSphere ESXi 7 on one UCS host running ESXi 5.5, I'm new for the part, for th... view more
5108/B200M4 - Lost Utility Power and now lots of hardware fa...
Created by DRAGONKZ on 05-06-2021 03:39 AM
0
5
0
5
I run a UCS "mini" VMware vSAN home lab and today lost utility power earlier today for long enough that the UPS batteries fully depleted, and everything was shut off. Once power was restored everything came back (including the Virtual Machines) with ... view more
How do I edit a misconfigured Replication configuration in H...
Created by RedNectar on 05-06-2021 03:03 AM
0
0
0
0
Hi Experts,Here's the deal. Replication has been set up between two sites - but oh dear - I've put the wrong gateway address at one of the sites.Can anyone tell me wha t sequence of buttons need to be pressed to fix this?Once would imagine that clicking&n... view more
HyperFlex Logs Notes
Created by Xdxb on 05-05-2021 10:18 PM
0
5
0
5
Hi,I tried lot to find out below log files notes / purpose of the logs. But did not find.Can someone please help me with notes.Data Replication Log File/var/log/springpath/stDataSvcMgr.log/var/log/springpathdebug-replsvc.log/var/log/springpathdebug-repl-c... view more
Cisco UCS 6332 16UP Performance Issue
Created by Xdxb on 05-05-2021 10:43 AM
3
5
3
5
Hi, Does Anyone face performance issue due to hardware issue on Cisco UCS 6332 16UP? I am facing: Whenever Network utilization spikes on 40g ports, reports high input discards. Please share your experience.
Create ContentLogin to create content
Question or Discussion
Blog
Document
Project Story
Video
Related Content
Discussions
Blogs
Videos
Project Gallery
Content for Community-Ad