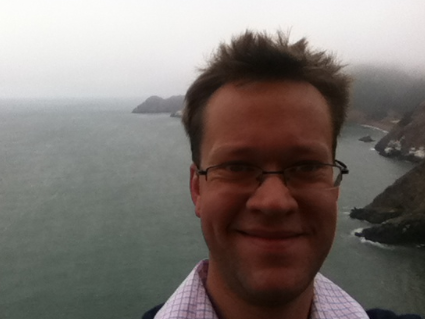 I'm building out a ESXi host (or two) on a UCS with B-series blades. I'm running into trouble with getting the ESXi hosts to connect to the LAN. I've got two vNICs added to each blade, and ESXi sees the NICs as connected. I've also associated the vNICs with the VLAN we've configured for ESXi mgmt traffic (and this is separate from the KVM and UCS mgmt VLAN). But I'm clearly missing something, as the ESXi hosts can't ping the gateway or each other.

It's highly probably that I've missed a basic step somewhere, so I'm hoping that someone can provide some guidance for getting this to work.

Many thanks in advance,

Hi Robert, thanks for the reply.

I'm using VLAN 3000 for this traffic, and I've tagged it in the DCUI on the ESXi hosts.

As for the Native VLAN bit, I hadn't selected that option, but have now. eth0 and eth1 are both showing VLAN ID 3000 on the vNIC Interfaces tab, and both show that VLAN at native, but I'm still not able to ping the gateway. What else could I be missing?

Cisco Employee
In response to michaelstump

Uncheck the Native VLAN radio button on all vNICs in the Service Profile for VLAN 3000.

If VLAN 3000 is defined as native there, then you should NOT be setting the Management VLAN to 3000 within ESX.  Have to do it one way or the other.

Ah.... that makes sense. I've made the change you pointed out, and I'm now able to ping between the two ESXi hosts on VLAN 3000. Progress!

The hosts are still not able to ping the gateway, though. Where else should I be looking?

Cisco Employee
In response to michaelstump

So intra-UCS you're probably fine, your issue is northbound.

Is VLAN 3000 create and allowed on the upstream switch?

"show int x/y trunk" - on upstream switch should show you if vlan 3000 is created and allowed on the interface above.

If this doesn't help you fix the issue, give me your exact topology from UCS to your Gateway.

I believe it was a combination of configuration issues concerning the VLAN (as you pointed out in your first reply). Once I dug into the config, I noticed that there were two VLANs created that used the same ID, one of which was the default, and both were set to Native (although at the vNIC level they were not). I ended up deleting the duplicate, changing the ID of the default to something else, and creating a new VLAN ID 3000 without setting it to native. Once those changes were committed, the pings were successful.

Many thanks to you for walking me through this. Your initial assumption was dead on.