We have a new Blade B200 M4 with CPU as details below , I am unable to attach the service Profile association our UCS Manager is at 2.2 (5b) It hangs at Waiting for Bios Post Completion information from IBMC.

Labels:
6 people had this problem
I have this problem too
0 Helpful
Reply
10 REPLIES 10
Highlighted

So this blade appears to complete discovery 100% without errors, and only during service profile association it is hanging at one of post cycles?

If you check the FSM tab of the service profile, what percentage is this particular post cycle at?

When I attach and Power On the Blade it goes through a firmware downgrade Process at I am at 2.25(b) on UCSM it is stuck at 57% Reporting the Error. So the Discovery is not complete i would say.

Cisco Employee
In response to navinjk1974

Looks like your firmware policy is trying to downgrade the blade to too low of a version to support those particular processors.

When a new UCS B200 M4 server with the Intel® Xeon® Processor E5-2600 v4 Product Family pre-installed with Cisco UCS Manager Release 2.2(7) firmware is inserted into an existing Cisco UCSM deployment running the Release 2.2(3) infrastructure version, the firmware sync policy, if enabled, will downgrade the BIOS and BMC versions.

Release 2.2(7b) adds support for the following:

Thanks for the quick response i will check and work on this.

Hello navinjk, did this resolve your issue ?

Beginner
In response to martincaouette

I am yet to schedule an Firmware upgrade for the Support !

I also understand that it requires an Infra Firmware Upgrade also not just the Bios and BMC as we worked with Support !

my current firmware levels are :

I believe i have the latest firmware but i am unsure 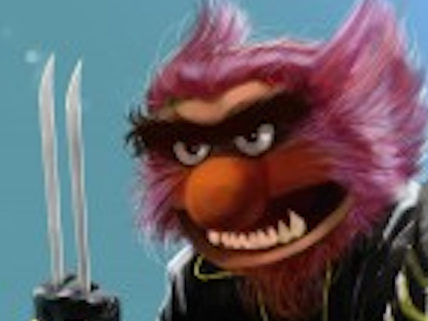 Cisco Employee
In response to jusevans

Looks like the path of least resistance might be to update the Infrastructure bundle to the version matching whats on the the blade.

The easiest way to tell what is the latest offered is to check https://software.cisco.com/download/home and working through the navigation boxes for your hardware type (Browse All -> Servers Unified Computing and then UCS B-Series Blade Server Software and UCS Infrastructure and UCS Manager Software; respectivily).  Under either you would then need to select 'Unified Computing System (UCS) Server Software Bundle'

The most current for UCSM / B-Series servers is 3.2(3g) (See Latest Release section for whatever is the highest revision is).   As a general rule from a somewhat biased through pain opinion; I tend to stay away from the 'a' releases new bundles are made available; but I do trust the 'higher' lettered releases :-)

Note that when preforming upgrades related to components within a UCSM; its important to keep the Infrastructure (FI) and B/C (Host Firmware bundles) packages in sync with each other and would always follow the path of Updating the FI's first and then install / create new Host Firmware Polices for the B/C hardware types as necessary.    The Infrastructure Firmware update ,when done correctly;  should only cause a blip in the availability of the hardware under the FI's when they failover.

After the Infrastructure software is done; you can then work to update the servers classes (B/C) by installing the associated bundles and then creating Host Firmware Policies that are tied to the new version and hardware type.   Apply them thought the Service Profile and / or Service Profile Template(s) Policies tab.   It will require someone to Accept and Apply the Pending Reboots.

The Release notes for your major release (3.1) is here:

The Firmware Management guide is here:

Be sure to read the the Guidelines and PreReq section

Hopefully this proves useful to you!

Failure to follow the procedures in this guide when upgrading an existing server to use Intel E5-2600 v4 Series CPUs might result in a non-bootable server.

The minimum software and firmware versions that are required for the Cisco UCS B200 M4 blade server to support Intel E5-2600 v4 Series CPUs are listed in the following table.

Latest Contents
can't downgrade from m200 4.1 to 4.
Created by fchen on 07-28-2020 09:21 AM
1
0
1
0
Just wonder we recently try to add 2 M200 with firmware 4.1.1b, our UCS manager version is 4.0.2d, we got error said cannot donwgrade. I know we can update ucs manager from 4.0 to 4.1, bur wonder we can downgrade
Writing your own OpenStack Neutron ML2 Driver for Cisco UCS
Created by Muhammad Afzal on 07-23-2020 10:22 PM
0
0
0
0
Overview OpenStack Neutron project offers pluggable framework means you can extend the capability of Neutron by orchestrating the Neutron functions to your upstream networking gears. For example, if you have provisioned a VLAN tagged Neutron network in Op... view more
Cisco Champion Radio: S7 | E25 From the Office to Anywhere: ...
Created by aalesna on 07-23-2020 02:06 PM
0
0
0
0
https://soundcloud.com/user-327105904/s7e25-from-the-office-to-anywhere-empowering-secure-remote-work-with-cisco-vdi-solutions As organizations have had to rapidly respond and transition in the face of swift change, Cisco VDI solutions have enabled ... view more
Implement Red Hat OpenShift Container Platform 4.5 on Cisco ...
Created by Muhammad Afzal on 07-23-2020 01:53 PM
0
0
0
0
Overview In today’s fast paced digitization, Kubernetes enables enterprises to rapidly deploy new updates and features at scale while maintaining environmental consistency across test/dev/prod. Kubernetes lays the foundation for cloud-native apps which ca... view more
Information to Collect while opening a UCS Service request
Created by Tirtha Tripathy on 07-11-2020 02:35 AM
0
0
0
0
What can we collect before opening a case for Unified Computing System(UCS) ?   Generic Details   Serial Number and Part Details UCS Server Serial Number : e.g. XXXXXXX in Serial number field. Check UCSM or CIMC  Product ID(PID) o... view more
CreatePlease login to create content
Discussion
Blog
Document
Project
Video
Related Content
Blogs
Documents
Videos
Projects
Content for Community-Ad