Labels:
I have this problem too
0 Helpful
Reply
25 REPLIES 25

Beginner
In response to Chandramouli Kancharala

I heard a rumor be3k is gonna be EOL July 22(next monday), but I also noticed an updated admin guide for 8.6.5 is ready to be downloaded in CCO. does anyone get more detail?

Beginner
In response to Jun Zhu

As I mentioned earlier the final date of 8.6.5 is yet to announce. Once the release is announced then it will be available in CCO. 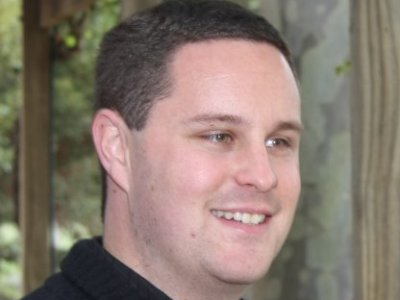 Enthusiast
In response to Chandramouli Kancharala

Well according to the notification last week the BE3k has been made EOL/EOS, so I doubt we will ever see any fixes, and the product shall remain in the lemon catagory for ever more...

Beginner
In response to martyn.rees

Please go through the below site.. you would understand it clearly.

Beginner
In response to Chandramouli Kancharala

We are in to "early August" and haven't heard anything about the 8.6.5 release. Will the release be coming or was it scrapped due to EOL?

Enthusiast
In response to sirhcchris

The focus for 8.6.5 is to have a quality release rather than adhere to time lines (since this is likely to be one of the last ones). Please do bear with us.

Beginner
In response to sirhcchris

I just was looking at the 8.6.5 release notes on http://www.cisco.com/en/US/docs/voice_ip_comm/cucmbe3k/8_6_5/release_notes/3krel_notes865.html and do not see a feature that was said to be available in this release in another forum post.

Previously call queueing was said to be part of 8.6.5 but I do not see it in these notes. Will this feature be released before full EOL (https://supportforums.cisco.com/message/3637516#3635660)?

We also had read about being able to manually turn the night ringer on. Will this be available? Currently the phone rings directly to our receptionist. If she turns on "Do Not Disturb", it still tries to ring to her. DId the Do not disturb get fixed?

Enthusiast
In response to sirhcchris

The 8.6.5 release of BE3000 does not have any new features owing to the EOS announcement. It is now meant only to be a maintanance release.

Beginner
In response to nalbert

We are very disappointed with this news. Over the past few months we have been excited to see what 8.6.5 brings. It sounds like once the EOL announcement was made, the developers were told to scrap their code and just do bug fixes. Why couldn't the features that were beta in 8.6.4 be released in 8.6.5?

When we purchased the BE3000, it was a "hot" new product for our size business. Had we known just a few months later it would be dropped, we would have probably looked at the 6000 instead. From what I can tell, our upgrade path is all at our cost.

By the sounds of it, the EOS should be an EOL as well.

Beginner
In response to sirhcchris

Wow, this is frustrating news!  Given all the time and resources we've put into the BE3K.  Hindsight is 20/20, BE3K was a big waste for us.

How to download it? as I am not a CCO