Welcome to the new Cisco Community. LEARN MORE about the updates and what is coming.
Turn on suggestions
Auto-suggest helps you quickly narrow down your search results by suggesting possible matches as you type.
Showing results for
Search instead for
Did you mean:
Start a conversation
Options
2738
Views
0
Helpful
7
Replies

I will be installing a UC560 in a network where the Data VLAN id is 2.  I initially configured the UC560 with the default id (1) in my lab with the thought to change it later via CCA.  Going to CCA yesterday, there doesn't appear to be a way to change the Data VLAN and I assume I will need to go back to factory defaults and go through the set up wizard again (other than using the CLI).  Is this correct?

As far as I know, it's not possible to change the VLAN ID's on the UC using CCA. I wanted to do the same but I couldn't find any options. Even during the Telephony Wizard, the VLAN ID is not changeable.

I resorted to changing it using CLI. 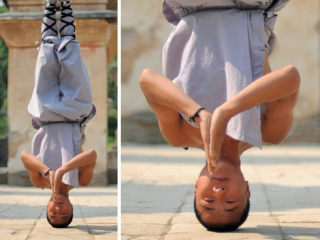 Why not create another vlan and then modify the subnet? You can't delete vlan 1

Beginner
In response to mcasimirc63
Options

I did create a VLAN 2 and numbered it, but I want the switch at the phone to tag Voice with 100 and the Data with 2 as it's going into a 2960/3560 infra-structure where Voice will go to the UC560 and data onto the network infra-structure.  Maybe the question should be does the UC560 and SPA phones handle a data vlan other than id 1 from the phones and if it does how do the phones get that knowledge?

Did you configure the access ports to handle vlan 2? That option should be configured under smartports.

I checked and tried and found that there are too many places where VLAN 1 is referenced in CCA and changing it is not supported, but changing the IP address of the Data VLAN is supported, in expert mode.

True. Vlan 1 can never be deleted not even in cli. I would make myself do pushups if I didn't know that one. But adding a vlan and assigning it the 192.168.10.0 subnet can get ugly because you would have to reassign the vlan 1 to a different subnet first.

My original query was because I assumed I had to place the UC560 data VLAN on the same VLAN to be used on the network for data.  I thought that the data VLAN information had to be pushed to the phones so the phones could tag both Voice and Data packets.  As I researched more, that is entirely wrong.  The data traverses from the phones untagged and the switch where it is connected will apply/strip the data VLAN tag.  On a ESW 540 switch I configured the ports connecting the phones to be configured as 100T (Tagged) and replaced 1U (Untagged), the default, with 2U (Untagged).  The switch will then apply/strip VLAN tag 2 to the data from/to the phone with the Voice traffic already tagged by the phone.

Here is an article that helped me, written for Catalyst switches.