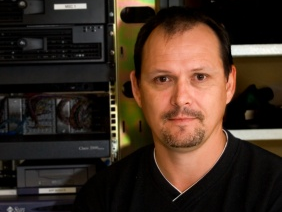 One of the advantages of the SPA5xx series of phones is that it supports G722 HD Voice, why is this not being supported as part of the standard config for the UC320, this also translates to the SIP trunk side as well, I would have thought that Cisco would want to promote the use of the superior Voice quality that is G722, In our network environment we are actively promoting the virtues of G722 and see this is a bit of a limitation without it, I would to see this as a configurable option to be used with the system so if not supported it could be diabled but I think it limits Network deployments if we don't have that option.

We understand your request and the highlighted benefits. This is a feature candidate we are evaluating for a future release. 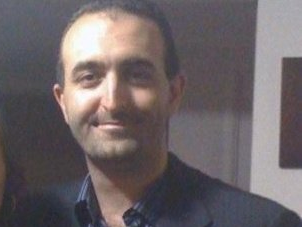 Although I am aware of the lack of G.722 support by the ITSP's in the market place today, they still only like to support the G.729/uLaw/aLaw/ and from time to time the G.723 if they are tight and lack the pipes for higher bandwidth Codecs.

Plus also I would imagine that the G.722 implementation is a Cisco modified one, which would mean they would need to release this or license it out, the Open to Market implementation of Wide Band G.722 has not been touched in over 7 years, and I am not sure of who has a royalty based one either.

But still it is a good question and it would be good to know if they can just include the Codec in the system in the off chance the ITSP will support it, also keep in mind the less transcoding that needs to be done the better for the system performance, if you want to run G.722 on the phones in the office, but yet it needs to transcode on the out-bound calls it might put more strain on the tiny unit

We are an ITSP in New Zealand and are actively using G722 now and promoting it across our network we think it is a great value add, the units spa5xx work fine on G722 now and interop directly with other G722 supported devices , Polycom, Aastra, etc, so was strange not to see it enabled within the UC320 environment, even internally.

I'm not actually looking to do transcoding for G722, codec negotiation will take care of that, I just want the ability to be able to support it if both endpoints are capable.

Really good to see that you guys use G.722, it would be great if some of the ITSP's here in Australia did or at least allowed it, been using SIP at home for 5 years with no active PSTN service and still stuck on G.729

But now that I see your angle on things, fully support it

We understand your request and the highlighted benefits. This is a feature candidate we are evaluating for a future release.

Thanks for the response, understand there is always a lot to consider for release and priorities around the feature alocations, from my point of view I would like to see this supported in the near future so I will cast my vote here.

Well this discussion is nearly 3 years old. I still do not see G722 support for the UC320 WAN side yet. When will this happen?

Not to be pedantic, but it's actually only 1 year old.

I'm curious though... how many SIP TSP's actually offer G.722? I have yet to come across one.

Given that multiple sites are not yet supported on the UC320 (if ever?) it seems of limited usefulness.

Another year on and still no support for G722??

Sorry, we currently don't have plans to support G722 codec.

Has support & development finished for the UC320. There has not been an update for many moons?

It's sad, but quite obvious that the UC320 is a dead product and I don't expect to see any new features for this device. This belief comes mainly from the discussions here on the forums but nevertheless, I would be happy to be proven wrong on this.