Is the MWI indicator supposed to work on an overlay button?

I want to have 2 or more shared lines on an overlay button and 1 (or more if possible) would have a voicemail.

P.S. There should be some kind of chat room so we could ask quick (and stupid) questions quickly

No, MWI will for only for the primary DN, not overlay ones.

As Paolo said, it only works on a primary button...

However the work around I used was just purchase a SPA-500s so that way you can burn as many buttons as you want, considering that they are cheap and nearly seamless to integrate it is a worthy work around.

Guys, not to contradict you, but I have a setup that is actually working right now, but I can't replicate it, so I guess it is a bug???

Believe it or not, the MWI on the second button of my SPA525G2 displays the envelope if I leave a message in VM 201.

Problem is, I can't access the GDM 201 from the User1 account as I guess, the 201 VM extension is not really "shared" with User1.

Is this a bug I ran into, or could this work?

What I am looking for is this :

Now, depending on the hunt group called, the User1 would know how to respond as every hunt group should be answered differently (some in french, some in english, some are customers, some are employees on the road). And user would be able to access the different VMs from his phone.

Would be neat to be able to actually distinguish on the phones what extension has been called, instead of simply adding extension 100 to every hunt group and have it flash for any calls, without knowing who's the caller.

Paolo, if this is something you can do with your scripts, then you will have an email from me soon enough! 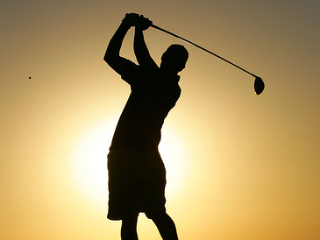 Enthusiast
In response to mdube

1. If you are using GDM's, you would just need to add the "user" for extension 100 to the GMD as a "member", and that would give them access.

2. The option I would use is to just dial VM directly from the button/VM you want to access.  The change that would need to be made is to just change the order of the Overlay extensions.

Then when one of the buttons has an envelope, just hit that button, and dial VM (399 by default).  It should then ask for the password for that VM box.