Turn on suggestions
Auto-suggest helps you quickly narrow down your search results by suggesting possible matches as you type.
Showing results for
Search instead for
Did you mean:
Start a conversation
Options
1112
Views
1
Helpful
7
Replies

Just a very quick one directed to the Cisco staffers.

I've noticed quite a few threads regarding new features in which whatever feature is being requested, we are told that, it's being re-evaluated and/or not likely to be implemented in the short term.

Even if as a Cisco staffer you can't confirm which new features have now been re-evaluated and will be implemented in the short term, can you at least confirm whether or not ANY new features, (not bug fixes or changes that will make it easier/better to do things the UC320 does already, but actual NEW FEATURES which) have been committed to and DEFINATELY WILL BE IMPLEMENTED in the short term?

Just a real short reply saying "Yes X no's of NEW features are committed to and will be implemented" or a "No, there are no new features which have been committed to" would be great. 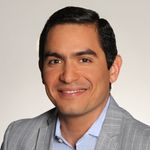 Thanks for your question. At this point, there are no new features committed to be developed under UC320 platform. As you said we cannot comment on features which are not committed internally. More information about this will be available soon.

The honesty is greatly appreciated.

would be nice to know if some of the asking parts in the forum will come in the future.

Actually was we read is comming soon, will not be supported, you working on a WiFi phone.

But every entry is without a timeline...

Beginner
In response to Com-Media
Options