Welcome to the new Cisco Community. LEARN MORE about the updates and what is coming.
Turn on suggestions
Auto-suggest helps you quickly narrow down your search results by suggesting possible matches as you type.
Showing results for
Search instead for
Did you mean:
Start a conversation
Options
342
Views
0
Helpful
1
Replies 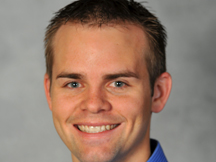 I know i've brought this up to a few individuals already, but thought i'd post it as well:

1. CCW does not allow you to put Smartnet on both VCS and Communicaitons Manager under the BE6K bundle.  It's one or the other.

2. CCW does not allow you to match Smartnet for 5 years if you choose 5 years of UCSS

3. CCW does not allow you to create "locations" when doing a configuration.  So if you have a customer with 10 locations, it's impossible to identify which parts on a configuration go to what site.  Unless you create 10 separate configurations which is just unacceptable.

4. CCW does not allow you to chose "Tier 2" smartnet like CON-SNT-SMS.  So we have to double efforts to add smartnet on Disti Orders.

5. The Ordering GUide for BE6K indicates the Migration SKU but it appears as though it's a Top level part, when infact it's actually a bundle option under the CBE6K-NEW top level part.

Anyone else have anything that needs to be added to CCW for functionality to make it easier on us resellers?

Thank you for your valuable feedback. WE will looking into all the items you mentioned