Turn on suggestions
Auto-suggest helps you quickly narrow down your search results by suggesting possible matches as you type.
Showing results for
Search instead for
Did you mean:
Start a conversation
Options
426
Views
0
Helpful
1
Replies

phone(s) will not register

We added a new 7975, it would not register, discovered that the term75.default.load  file had bad info in it and the tftp lines for the 7975 were also wrong AND did not match the file list in the term75 file; so we removed the 7975 loads using CCA and confirmed that the phones/7975 folder was deleted as well as a duplicate term75 file. Then reloaded the 7975 firmware and all looked ok, term75, folder, etc., all looked good.  The phone did get the new firmware now, but Boot Load ID still looks like the older version?? but if will not STAY registered with CME.  I say STAY because the new phone did get registered per CCA, but then fell off.  The phone says that CM is not available.

I have other non-7975 phones on the system and they seem to be fine, got to get this fixed ASAP as all 7975's are either deceased or unregistered.

The only thing in between the UC and the phones is an older ESW 10/100 switch.  Computer are on another subnet/switch.

I sanitized the attached sho run, so names, phone numbers will look incorrect.  I changed the keep alive in Telephony-service to 61 seconds too.

I have this problem too
Labels:
Preview file
66 KB
0 Helpful
Share
Reply
1 Reply 1 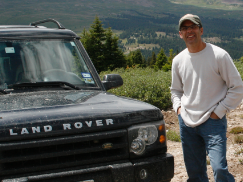 Have you looked at the debug output of the phone when it tries to register?

The debug command is detail and will tell you what is happening during the registration process.