I have installed and mainly configured my UC540 along with 8 of the 6961 Phones.  I've now got a few questions, and cannot find answers to them.

1. Ringtones - On the phones, I can see the list of ringtones, but the softkeys to play and set them do not appear, just a back softkey.

2. AutoAttendant - I would like the system to act as though the 4 FXO lines are setup as CO Lines during the day, and then go to an autoattendant at night. (Right now, I'm manually switching the setup at open and close of business hours, which is obviously a pain)

3. Network Setup - At this location, I am unable to use the UC540 as my router, but I would like to have access to the system over the rest of the network.  Right now, I have the WAN port connected to an extra port on my router, and have internet access from the Data VLAN, but cannot access the system from the rest of my existing LAN.

Labels:
Everyone's tags (3)
I have this problem too
0 Helpful
Reply
8 REPLIES 8
Highlighted 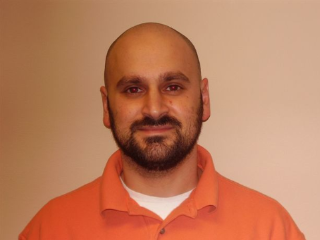 1. Ringtones - What software pack is the UC running and what is the firmware on the phone?

2. AutoAttendant - Can't be done using CO lines.  Why not use a blast group instead of CO lines?

3. Network Setup - What kind of access are you wanting?  Why not connect an available port on the UC540 back to your existing LAN?

Spoke with Mario on the phone.

2: We need to have the Line visablity and the ability to pick up any line on hold from any extension, hopefully without massive retraining of users.

3: I want to be able to connect via CCA to configure the system from any place on my LAN.

2. This should be possible -- set up call-forward night-service to the autoattendant for the ephone-dn's that are attached to the CO Lines... then use a night mode key or code (or schedule) to toggle between the two. (you *should* be able to do this in CCA -- I think...)

I've got number 3 taken care of, following suggestions from Mario and Daniel.  Still working on number 2.

Daniel, your suggestion is along the lines of what I was thinking of. I'm trying to figure out the tricks to do it in CCA, but I'm not afraid of CLI either.

On number 2, just so I make sure I'm thinking correctly, I would set up the CO lines to go to an operator with the destination being the shared extension in the Incoming Dial Plan area, and then setup night service on those shared extensions to call forward to the auto attendant?

After talking with Mario, here are some updates:

1: appears to be a bad batch of phones, will be replacing one and testing, and will report back.

2: David's suggestion of using shared extensions and night service appears to be the best option, will be setting that up and testing tonight.

3: As previously stated, has been resolved using David and Mario's suggestions.

We had a similar situation on the shared lines... we wanted the flexibility of picking up from any phone, like on a key system, but really wanted extensions like a PBX.

Here is what we've done:

We simply set up Park locations (you'd want as many park locations as you expect to have simultaneous calls on hold).  [In the CCA - Telelphony - Voice Features - Call Park]

For us, 1 park location works very well, we could do 2, but we seldom to never have two calls on hold.

We also set our phone templates to include a "Park" softkey button that appears on every phone when the call is active.

Finally for every phone, we assign a line button to the park location(s).

(You would want to do that for every park location you configure)... remember, you don't need a park location for each line, just for the number of simultaneous calls you want on hold... 1 for us.

The way we work it is as follows:

-Call comes in, is answered by receptionist or anyone else if she is not at her desk.

-The answerer greets the caller and finds out what they need...

-Here is the important part:  Instead of putting the caller on _hold_, they simply use the a softkey "Park" button.

That parks the caller in the next available park location... we do not enter a park extension... it is just as easy as pretty the hold button... no extra digits.

They dial the intended user's extension or page over the phone system and tell them they have a call on Park1, Park2, etc...

Now, since all phones have line buttons that correspond to the park locations, you can see the "Park1" line lit up... resuming the call is easy, I just press the lit Park button and I'm on that call.

If you have multiple park buttons, someone would have to tell you _which_ park line to pick up, but that's no more difficult than tell you which line to grab in a key system setup.

This works very well, the user hears on-hold music while they are on park.  Technically, it could all be done w/out the aide of the park buttons by dialing an extension to park to, and dialing the park extension to pick up... but I think having the Park buttons on everyone's phone makes it dead simple to grab the call from anywhere...  shouldn't be any real difference in usage to what you'd do if you were on a key system selecting line 1 or line 2.

BTW:  This solution works for either ingoing or outgoing calls... a call can be parked regardless if it is incoming or outgoing... I can park a call, move to another desk and pick it up...

Hope that solution helps you and others...