I have been tasked with setting up the UC560 for my small company and we are getting comcast internet and PRI trunking.

I just wanted to make sure I get the correct model #'s with the correct options installed.  If anyone is using this model with Comcast your input would be extremely helpful.

It looks like from this page I will need:

Are there any other part #'s I will need?

We will be getting this from Comcast, LINK
with 8 trunks and a 22/5 internet line.  I believe we will use SIP.  Still trying to wrap my head around SIP.  We will have around 12 - 15 phones.

Also, we are using SBS2008 in case that matters.

That UC is the correct model if you are indeed going to be using PRI and that is what Comcast will be providing you.

SIP is different to PRI and is a separate technology, will you be using this with Comcast or will this be provided by another ITSP?

If you have a SBS Server already in place, it will be highly likely that this will be doing your DHCP as well, so when you get the UC-560 programmed and configured, you will need to turn off the DHCP on the data VLAN (VLAN-1) so it does not get into an argument with your SBS server.

Lastly.. If you have never worked with these systems before and are not sure on what you are doing, then PLEASE engage a local Cisco partner and get them to assist you with it, whilst CCA is pretty easy to use and can get you going, what it wont do is educate you in voice toplogy and how things should work, it is only as good as the person driving it.

Cheers, David Trad. **When you rate a persons post, you are indicating a thank you or that it helped, but at the same time you are also helping to maintain the community spirit - You don't have to rate posts and you wont be looked down upon :) *
4 Helpful
Reply 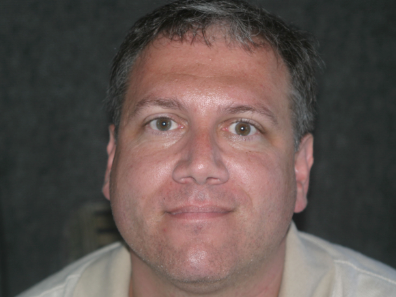 I am quoting a similar setup for a client now.

Currently, Comcast is only offering a PRI hand-off on thier PRI service.  so the UC560-T1E1 is the right product.  They are supposed to have a SIP hand-off in late 2012 or 2013

Thank you both for your answers.

David:  I did read that about the DHCP in the literature, thank you though.  I do know what I'm doing when it comes to networking just not phones so much.  I will not learn anything from hiring someone else to do this.  I understand that PRI and SIP are basically "competing" technologies; I just need to learn more about SIP.

Also, yes I would be getting from Comcast not another ITSP.

Eric:  Thank you very much that is very helpful, as even the Comcast rep didn't seem to know what she was talking about.

Since Comcast seems to have the best prices for the number of trunks we need (plus they can be added 1 at a time) Comcast will probably be the solution we go with.

So if Comcast does offer SIP later on would we need a different card installed?

If either of you or anyone else has anything to add I would appreciate it.

Rising star
In response to Roy_Hobbs

Its about a 5 minute setup using CCA.

Cheers, David Trad. **When you rate a persons post, you are indicating a thank you or that it helped, but at the same time you are also helping to maintain the community spirit - You don't have to rate posts and you wont be looked down upon :) *
4 Helpful
Reply

be careful when using SIP from cable companies.  Cablevision, Optimum Online, splits the cable to 2 modems - one for internet and one for SIP.

the UC500 has only one WAN port - so you either have to use an SA520, or other dual WAN router, to recombine the internet and SIP to one trunk or use CLI to make one of the other ports a 2nd WAN port.

Brian:  There are other options that might be more cost effective than Comcsat.  What state are you in?

I'm in Chicago.  I have got a few different quotes from ATT, XO, and CBeyond.  So far with either 6 or 8 trunks Comcast is still the lowest by a good margin and that includes their 22/5 internet.

May I suggest something without causing offense to you.

That you hire a reputable consultant, or UC Certified Cisco Partner for the job.

That will prevent you many hours of frustration, as the productt is not mean to be installed and configured by the end user, not matter his/her IT skills, telephony is something different.

We were in your exact same situation about 6 months ago. The contract for our traditional T1 PRI line had come to an end through AT&T. AT&T was pushing an IP solution, that still presents itself as a traditional PRI to our telephone system (at the time we were on a Nortel Meridian, and about to transition to our UC 560, we bought the exact model you mentioned). Since AT&T was pushing the IP solution (staying with a "true" T1 PRI was going to cost around $2000 a month just for the line, no service included) we decided to look around.

Like you're finding, Comcast was quoting a price that was about 60-70% of the AT&T pricing. However, the wheels came off the bus when we asked for a list of customers in our area to talk to about their experiences. At that point, Comcast admitted that we would be the first company in our area of Metro Detroit that would be taking the plunge. As adventurous as I am, my companies telephone service isn't something I can play with.

(Of course, we had multiple days of downtime in the AT&T transition, but that's an entirely another story.)

Just make sure to get feedback and talk with other companies in your area that have gone through the process.

We transitioned from an AT&T data T1 to a Comcast Business Class cable modem about a year ago, and we're pretty happy with those results. And when we've had trouble the support has been far better than the support we received from AT&T. Still, you don't want to be the first kid on t he block, when it comes to your telephones.

We're tentatively planning on making the Comcast jump in 2 years when our contract is up.