Cisco Community
English
Register
Login
ANNOUNCEMENT - Email and Web Notifications will be off until 2/21/2020 while Security Community is being Re-Structured - LEARN MORE
RegisterLogin
Options
Turn on suggestions
Auto-suggest helps you quickly narrow down your search results by suggesting possible matches as you type.
Showing results for
Search instead for
Did you mean:
89
Views
0
Helpful
0
Replies 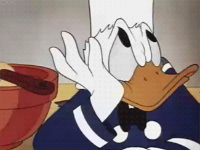 I have an employee with a Samsung Tab 10.1 2014  black wifi only edition tablet. She has tried to use both an IPsec connection and the Anyconnect for ICS+ (and the Anyconnect normal Android client and also the OpenConnect open source alternative to Anyconnect).

The problematic behavior is the same on any VPN connection. The vpn client connects and then no traffic makes use of it. I can see the VPN session on the firewall and it shows no decrypted/decapsulated packets. Additionally, the tablet loses all internet access once the VPN connects (whether it is IPsec or Anyconnect) even though the VPN is set to use split tunneling (and I can see in the connection details that it is only set to tunnel a couple of /24 networks in the 10.x.x.x range).

I have at least 20 other users that use the same VPN session groups with a variety of Windows, iOS and Android devices and so far, this Samsung tablet is the only problem.

I have tried different accounts on this tablet and I have tried this employee's account on other devices and the problem remains only on the tablet. Her account works great logging in on my Samsung Galaxy S4 using both IPsec and Anyconnect client software. My account shows the same problem as her account when used on her tablet.

I have applied all available updates on her tablet, it is currently running Android 4.4.2 and there are no updates available from Samsung for it.

My phone is running 4.4.4 but the client app versions are the same on both devices.

She has even exchanged the tablet for a replacement of the same model.

Can anyone suggest any additional troubleshooting or cause for this problem?

Basically it is as if the vpn client software works fine but the Android operating system simply ignores it except to stop all internet access.

Labels:
1 person had this problem
I have this problem too
0 Helpful
Reply
Latest Contents
ISE Mydevices Portal customization (remove the column for pe...
Created by hernan.carmona on 02-19-2020 05:57 AM
0
0
0
0
QuestionHello , somebody  know if it´s possible to remove the device registration status from the MyDevices portal for the spanish page?By default the status is dispalyed (registered/Pending), this condition was fixed in the english page after load a... view more
ASA and FMC compatibility
Created by ibrahim.imad on 02-19-2020 04:12 AM
0
0
0
0
Dears, Please note that I have ASA 5515 running version 9.4.(4)20 and managed through FDM. In addition, I have FMC version 6.0.1.4 for the IPS. I need to upgrade the only the ASA to the latest supported version that work with the FMC version 6.0... view more
Ask Me Anything event- How to optimize your Cisco Security i...
Created by ciscomoderator on 02-18-2020 11:25 AM
0
0
0
0
To   participate   in this event, please use the   button   to ask your questions This topic is a chance to clarify your questions about Cisco Threat Response, from its components and new features to ... view more
Community Live slides- How to optimize your Cisco Security i...
Created by ciscomoderator on 02-17-2020 06:48 PM
1
0
1
0
Community Live Slides- How to optimize your Cisco Security investments with Threat Response (Live event - formerly known as Webcast-  Tuesday February 18, 2020 at 10 am Pacific/ 1 pm Eastern / 7 pm Paris) This event had place on Tuesday 18th, Februa... view more
Couldn't get an IP address and HTTPS redirection to ISE port...
Created by damode on 02-17-2020 03:52 PM
3
0
3
0
Two main issues I am facing as part of ISE guest access POC lab.On any device on first attempt connections works smooth. However, if I disconnect and reconnect the SSID, its repeatedly giving "Couldn't get an IP address" or "No internet connection" on con... view more
CreatePlease login to create content
Discussion
Blog
Document
Video
Related Content
Discussions
Blogs
Documents
Events
Videos