Welcome to the new Cisco Community. LEARN MORE about the updates and what is coming.
Turn on suggestions
Auto-suggest helps you quickly narrow down your search results by suggesting possible matches as you type.
Showing results for
Search instead for
Did you mean:
Start a conversation
Options
1629
Views
0
Helpful
2
Replies

I've got an ASA (v9.5) with an external interface that is a 1GB connection.  But we only have 100mb provisioned from our ISP.  So our max utilization would be 100mb/s.

When we poll the router in SNMP tools, it reports the percent utilization based on 1gb/s.

Is there a way to tell the ASA that the interface is 100mb/s bandwidth?

For example on a Cisco router, we would use the statement bandwidth 1000000 to set the speed for SNMP report.  But that command doesn't exist on the ASA 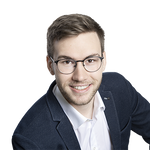 Since you only have 100Mbit/sec provisioned you may change the interface speed between your asa and router to 100 Mbit using the speed command in the interface configuration.