Cisco Community
English
Register
Login
We're here for you! LEARN about free offerings and business continuity best practices during the COVID-19 pandemic
RegisterLogin
Options
Turn on suggestions
Auto-suggest helps you quickly narrow down your search results by suggesting possible matches as you type.
Showing results for
Search instead for
Did you mean:
3663
Views
0
Helpful
4
Replies
Highlighted

I have a problem with a site-to-site IPSec connection beetwen ASA and Linux (openswan).

All policy are exchanged beetwen peers and tunnel is established succesfully.

The traffic can not send through tunnel with a no activity after 8 hours.

The sh cryp isa sa command show that tunnel is a MM_Active state  but sh cryp ips sa show that aren't any decrypt and encrypt packet's.

Then helps reset deamon on a linux or clearing all security association on ASA.

So then I forced to exchange the new keys on isakmp and ipsec at every 3600 seconds.

Also I added the commands vpn-idle-timeouts none on default-group policy to this tunnel.

Now the tunnel is active for a  week but not on Monday after the weekend.

The IPSec settings on openswan are defaults.

Does anyone met with a similar problem.

I have a similar problem. The tunnel goes UP... and, suddently stops... I make some traffic to come UP, but, no success...

After restart the service on the linux, it come UP....

How did you solve this issue? 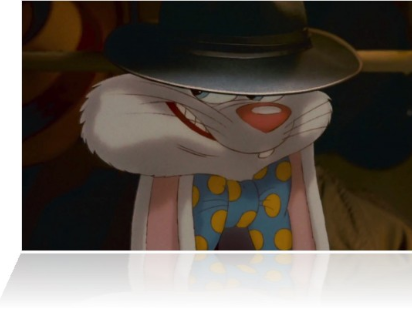 What is the ASA version used?

The remote side should do the same btw

I had the similar issue.

I had similar issue. After enabling NAT-T in asa, everything works fine.

Did you enable ip forwarding on linux box?

#change following line from 0 to 1

0 Helpful
Reply
Latest Contents
cisco duo integration anyconnect ssl vpn
Created by elite2010 on 04-05-2020 10:59 AM
1
0
1
0
Hi,I was trying to 2fa cisco duo , all the required settings done  as per below . The problem is duo cloud  does nti not getting any request from the asa . So I am not getting any code from the duo https://www.youtube.com/watch?v=6nEvmc8wji... view more
Community Ask Me Anything event- Configuration, Troubleshoot...
Created by ciscomoderator on 04-03-2020 05:38 PM
0
0
0
0
This event continues the conversation of our recent Community Ask Me Anything event "Secure Remote Workers". To   participate   in this event, please use the   button   to ask your questions Here’s your ch... view more
Cognitive Release Note, March 2020: Additional annotations i...
Created by aligarci on 04-02-2020 12:05 PM
0
5
0
5
User Experience Enhancements As part of the Cisco Common User Experience program, we are working towards a more uniform user experience and terminology alignment. This program runs across all Cisco security products.   Early Access introduces a... view more
Initial AnyConnect Configuration for FTD managed by FMC
Created by jgrudier on 04-01-2020 07:12 PM
12
15
12
15
This video features a step by step walk through of configuring Cisco AnyConnect on FTD managed by FMC. Timestamps included for certificate installation, Access Control, Licensing, NAT, and Deployment failures.
Certificate Signing
Created by Tyche on 04-01-2020 01:02 PM
2
0
2
0
I am trying to solve a CSR signing issue in a home lab.Can someone  clarify this theoretical point? According to Wikipedia: "Before creating a CSR, the applicant first generates a key pair, keeping the private key secret. The... view more
CreatePlease login to create content
Discussion
Blog
Document
Video
Related Content
Discussions
Blogs
Documents
Events
Videos
Content for Community-Ad