We are having some issues with getting hairpinning working for our SSL VPN connections on the Cisco 5585 ASA.

We have a need to connect to a web server that is reachable through a L2L IPSEC Tunnel and we are wondering if that is possible? and if so, if you have some ideas to get this working

Please note that we already added the following command to allow the same interface to be the ingress and outgress interface:

We have tried the following:

-Put the IP address of the outside interface in the interesting traffic of the L2L IPSEC Tunnel (both ends) but no success at all. We understand that ASA will use its outside IP address to reach the web server as its source address because it is the nearest interface throught the client. Do you have any other way to make this working?

1.-Users connect to the SSL VPN through the web portal

2.-ASA must reach the web server  through a L2L IPSEC Tunnel (we are stuck here)

3.-No more success from this point.

Thank you so much. 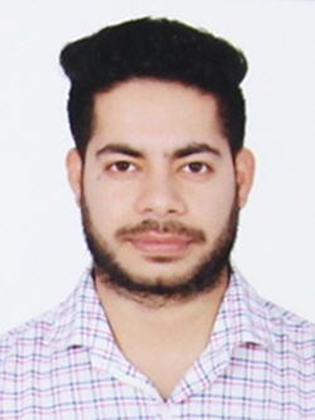 Please check this link for doing this configuration:

This would help you to perform the same configuration.

Thank you for your quick reply.

That would work great on anyconnect, thank you.. just i am wondering if is the same approach to go for clientless SSL VPN? because there we do not have private IP add assigned to our remote clients.

Latest Contents
Meet Cisco Secure X- CL event video
Created by Cisco Moderador on 01-21-2022 09:44 AM
0
0
0
0
Community Live Event Video Are you ready to level up your security? Learn more about how Cisco SecureX can help you simplify your security and maximize operational efficiency. This event talks about Cisco SecureX, its benefits, features, and usage. Th... view more
ASA new NAT commands are horrible.
Created by Frank27 on 01-19-2022 10:54 PM
1
10
1
10
Hi all,I cannot understand why is something working very well they create a way to complicate things in Cisco ASA OS. I have a rule :object network LOCAL_ADRESS1 host 192.168.20.12 nat (VLAN20,outside) source static LOCAL_ADRESS1 interface&... view more
Voting period open for the 2021 IT Blog Awards, hosted by Ci...
Created by Amilee San Juan on 01-19-2022 02:45 PM
0
5
0
5
It is our pleasure to officially announce the finalists in the 2021 IT Blog Awards. We are now looking to our amazing tech community to check out the amazing line up of bloggers, vloggers and podcasters. Make sure to vote for your favorites... view more
Meet Cisco Secure X- CL event slides
Created by Cisco Moderador on 01-18-2022 11:18 AM
0
10
0
10
Community Live Event Slides This event talks about Cisco SecureX, its benefits, features, and usage. The session includes sample use cases and live demonstrations. Cisco expert Luis Silva talks about how this solution can integrate Cisco technology and ... view more
Cisco ISE Posture Assessment with Aruba Wireless AP
Created by Mitesh Manwatkar on 01-15-2022 12:46 AM
0
5
0
5
Hello All, Recently I got an opportunity to perform POC with Cisco ISE (2.7 Patch 4) and Aruba Wireless AP (IAP) to perform 802.1x EAP-FAST (machine + user) authentication followed by Posture Assessment on Windows 10 Machines (installed with AnyConnect 4.... view more
Ask a Question
Create
+ Discussion
+ Blog
+ Document
+ Video
+ Project Story
Find more resources
Discussions
Blogs
Documents
Events
Videos
Project Gallery
New Community Member Guide
Related support document topics