Cisco Community
English
Register
Login
Thank you for your support! We're happy to announce that we met our goal for the Community Helping Community campaign! LEARN MORE
RegisterLogin
Options
Turn on suggestions
Auto-suggest helps you quickly narrow down your search results by suggesting possible matches as you type.
Showing results for
Search instead for
Did you mean:
Announcements
1343
Views
0
Helpful
5
Replies

Currently the networking I'm on is using dynamic crypto maps to encrypt data going over an ISDN 30 link. We need to move away from this so I've configured up DMVPN with ipsec encryption. It looks like the DMVPN and encryption are working fine and I can ping each GRE tunnel on either end. But I think data isn't going over the tunnel interfaces, each router connects to each other via a dialer interface and I've assigned the dialer interface on both routers as the source of each tunnel.

How can I be certain that data is going over the tunnel and being encrypted? Are GRE tunnels compatible with dialer interfaces?

Any help will be greatly appreciated. 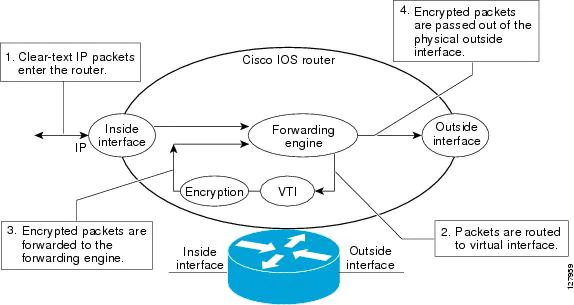 No reason why this should not work. Run the command “show crypto ipsec sa” and check to see if encaps and decaps are increasing when you transmit data over the VPN.

Please provide the configuration for review and the output of that command.

Here are the configs for hub and spoke. After doing some changes I think I've managed to get packets going over the tunnel as that crypto ipsec sa command shows the encaps and decaps increasing when I ping the inside address on the hub, but  the ping still fails for some reason. I think the main issues was that the spoke was learning about the 192.168.254 address over the dialer interface, not the tunnel, so it was then sending data over the dialer, i stopped this by making the dialer passive on the hub but I still cant get it to fully work,

Has an eigrp adjacency been formed?

What IP address do you ping and what is the source?

Are the correct routes in the routing table?

Do encaps and decaps increase on both routers?

Provide the output of: