Turn on suggestions
Auto-suggest helps you quickly narrow down your search results by suggesting possible matches as you type.
Showing results for
Search instead for
Did you mean:
Start a conversation
Options
710
Views
0
Helpful
2
Replies

We have an ASA for our IPSec VPN service that has been up and running for some time. We ran into an issue at a trade show this week in which we could connect to our VPN using the trade show wifi but could not access anything behind our firewall (computers, servers, etc.) yet simply tethered to a cell phone, and using the VPN we could then access what we needed.

I suspect some sort of conflict with the local trade show wifi subnet and our internal subnet behind the firewall, although both connections are using NAT.

Any thoughts on how this might be resolved?  We have not run into this before and the VPN has been in use for several years.

Here's the relevant config from the ASA: 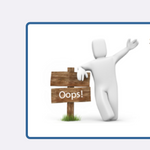