Cisco Community
English
Register
Login
Tell us how your company is accelerating digital agility. LEARN MORE and share your story.
RegisterLogin
Options
Turn on suggestions
Auto-suggest helps you quickly narrow down your search results by suggesting possible matches as you type.
Showing results for
Search instead for
Did you mean:
Announcements
627
Views
0
Helpful
3
Replies 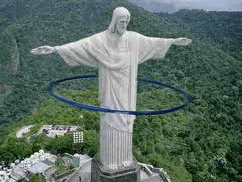 IPSec VPN on Internal Interfaces and across MPLS

We have a number of tunnels needing to be configured for encryption of traffic destined for an internet range of addresses. These tunnels are "internal" in the sense that they traverse our MPLS network. Do we have any issue with terminating the tunnels on internal interfaces as opposed to external public MPLS facing interfaces? To add to it, the far end terminating IPsec device is an ASA which actually sits behind one of the MPLS routers.

For example: Router A internal network 192.168.1.0 needs to access internet address 3.2.2.2. IPsec configuration tells the router to run it through the tunnel which terminates on a remote head end ASA with an external facing interface to network 3.2.2.0 and an internal interface of 192.168.2.1. This ASA is behind Router B. Am I able to terminate tunnels on the internal interfaces of Router A and the ASA? Would NAT be an issue?

Hope this makes some sense and I appreciate any help,

Yes you can.  The NAT configuration would be the same as if their was no IPSec.

Thank you again, Philip. I'm in the process of testing this now and will report back once complete.

Ok, so now I have a completely separate issue. My crypto map ACL's are not matching interesting traffic that I'm generating. I tested using a "permit ip any any" ACL and the tunnel comes up. But it's not matching the specific subnets I want to use.

Latest Contents
Preparing for Cybersecurity Threats in a Permanently Hybrid ...
Created by danievil on 06-21-2021 04:50 PM
0
0
0
0
Learn about the rapidly evolving cyberthreat landscape and how both organizations and users can protect themselves as we transition to a forever hybrid world through a conversation with Cisco Talos Security Research Leader for Europe, Middle East, Africa,... view more
Simple, secure tools to help protect your hybrid workplace
Created by Kelli Glass on 06-16-2021 05:47 PM
0
0
0
0
When we said the word “hybrid” in the past, it usually recalled the image of a new variety of plant or maybe an electric car. These days, it applies to the workplace too.   The future of work isn’t “changing” to a h... view more
Cisco Network Security Ask the Experts Resources
Created by vivichia on 06-10-2021 05:21 PM
0
10
0
10
Thanks for attending our Ask the Experts (ATXs) session! Here’s the post-session resources for easy reference. New to ATXs? An ATXs session, offered at no cost, is an hour of real-time learning led by Cisco experts, who will answer your technology q... view more
MGRE Easy Steps
Created by dhr.tech1 on 06-09-2021 04:09 PM
0
0
0
0
Setup MGRE     &nbs... view more
Secure Endpoint Frequently Asked Questions
Created by E.L. Howard on 06-09-2021 10:39 AM
0
5
0
5
Cisco Secure Endpoint New packages fit for every organization Every Cisco Secure Endpoint (formerly AMP for Endpoints) package comes with Cisco SecureX built-in. It’s our cloud-native platform that integrates all your security solutions into one view wit... view more
Create ContentLogin to create content
Question or Discussion
Blog
Document
Project Story
Video
Related Content
Discussions
Blogs
Documents
Events
Videos
Project Gallery
Content for Community-Ad