Cisco Community
English
Register
Login
Great changes are coming to Cisco Community in July. LEARN MORE
RegisterLogin
Options
Turn on suggestions
Auto-suggest helps you quickly narrow down your search results by suggesting possible matches as you type.
Showing results for
Search instead for
Did you mean:
Announcements
682
Views
0
Helpful
6
Replies

I have a 5510 that has 2 site to site vpn's that aren't working.  Phase 1 and 2 are up, but no data packets are being sent.  I have no idea what is going on.  This just started randomly 2 days ago after working for weeks.  Any help would be greatly appreciated.  Thanks.

What are the software versions of the ASAs?

Mentor
In response to churchillma

Just wanted to make sure as one of our ASAs had software 8.2(1) (If I remember right) and it encountered a situation where ASA just simply wouldnt pass the traffic to the VPN tunnel even though everything was fine.

Who knows though, maybe the same might happen in another software too. I dont recall finding any BugID for it.

We simply changed the active device in the failover. I presume with a single firewall setup a simple reboot would have done the same.

We could see all the connections beeing formed on the ASA, but it seemed like they might have been passed to Internet unencrypted. Cant think of any explanation atleast.

Have you tried rebooting any of the devices?

Yeah, we rebooted all ASA's with no luck. 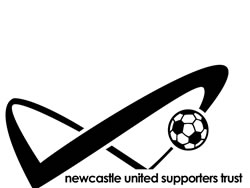 Have you checked your config to ensure that nothing has changed?

Have you attempted to delete and re-create the L2L vpn?

Beginner
In response to lcnorwood

Yeah, nothing has changed and I did delete and recreate the cryptomaps.  Magically, everything came back up after a power outage last night so who knows.  Very weird.