Im kinda new to these type of system setup for small business. Im helping my dad out to set one up, but im not sure if im doing it correctly. The way I have it hooked up is like this.

So far, I did the basic setup on the ASA 5505, and its network is working fine, all the computers can access the internet. But where I am stuck at is, I am unable to ping the ASA 5505 externally (from the public IP), I already added ICMP echo-reply to the security policy.

Also, when I setup the VPN, it doesn't work, the client PC are unable to communicate with the ASA 5505. Seems like the router DMZ isn't working.

Do I need a different router? Or do I need to configure some items on the ASA 5505?

Any help would be appreciated!

Labels:
I have this problem too
0 Helpful
Reply
13 REPLIES 13
Highlighted

You can capture traffic going to it etc.

In case of VPN you need to capture all traffic on UDP/500 going to ASA's outside interface:

If you mean that you cannot ping from "inside" network your ASA's "outside" IP address - it's expected and a known limiation.

What you're seeing might be due to the way Linksys implments "dmz".

Thanks Marcin for replying,

I will give it a try and see what traffic the ASA is getting.

But then again, everything on the WRVS is dummied down and simplified, lol.

Any recommendations for a router/modem I can use with the ASA?

Well I can't make any recommendations regarding brands...

Usually you'd have the ASA itself terminating circuit from ISP , at least in a small environment.

If that's not a possibility... Well I'd look for a device whih can do bridging and for sure not have any transport-and-above layers functions. A layer two bridge with public IP address being assigned directly to ASA would be THE choice in my opinion.

This is a long shot, but just thought I'd ask anyways.

Is it possible for me to plug the ASA to my T1 box then assign a public IP on the ASA? Or is the ASA strictly a Firewall/VPN. 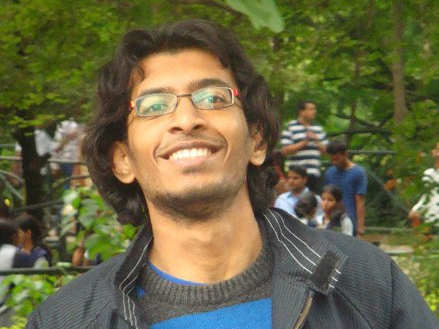 Yes, this should be possible. You would need to adjust the default route to point to the next hop at the outside interface of the ASA.

If your ISP is not providing a RJ45 Ethernet I would say no go.

ASAs can only work on Ethernet, fibre or UTP.

When I went over the ASA configuration, it only allows me to set a Static IP and Subnet, doesn't ask for Gateway. Which I assume it wouldn't work in the first place.

If it's ethernet, just plug your ASA directly into ISP.

You configure ASA by seeting default route towards the outside.

OR, if your ISP is doing DHCP:

Thanks for all the replies!

Will try this later tonigt and post my results!

I got it set and its running great.

I have both ASA 5505 VPN'ed Site to Site, but there is a slight problem. Now that I have them on a VPN, I cant ping each other sites or network the drive. Is there any security settings I have to set to allow these and specific ports?

You might want to check whether the traffic flowing across the tunnel is being exempted from NAT. This should be checked on both the ASA's.

As Divya check that out.

If in doubt posts configs from both sides we'll have a look.

Thanks for everyones input!

I got the main important items addressed. Im running Windows 7, and ICMP was disable on its firewall. Overall, I got my applications to communicate over the Site to Site VPN. Although, I still cant get the Network Drive to work any of the machines, but its minor.

0 Helpful
Reply
Latest Contents
Cisco Anyconnect using a different IP
Created by latenaite2011 on 08-10-2020 07:47 PM
0
0
0
0
Hi Everyone, Does anyone know if it is possible create a NAT for Cisco Anyconnect to a different IP so that the user doesn't have to use the External IP? We want to use a different dns name and assign to a different set group of users. Thank you... view more
Next-Generation Firewalls
Created by Fnu Kanwaljeet Singh on 08-10-2020 03:42 PM
1
15
1
15
"Choose one of the topics below to help you on your journey with NGFW/ASA" Introduction Start Config-examples Maintenance/Upgrade Troubleshooting Tools Training   Getting Started with Next-Genera... view more
ASA 5506-x, firepower, can't update
Created by dm on 08-05-2020 10:54 PM
13
0
13
0
Hello! I run 6.2.3.15.When I click download updates in ASDM I get:Download updates failed: Peer certificate cannot be authenticated with known CA certificates I have 3 identical devices and all of them have the same problem.. How can I fix ... view more
Adding Exception Subnets to Umbrella Connector for ASA Firew...
Created by R. Clayton Miller on 08-05-2020 02:22 PM
0
10
0
10
You would like to use the ASA Firewall Umbrella Connector to enforce DNS policy with Umbrella.  However you would also like to exclude certain IP addresses or subnets from using this policy.  I recently had the need to do this, had a bit of tro... view more
Crytophgraic algoritms required by the secure gateway do not...
Created by latenaite2011 on 08-03-2020 09:33 PM
1
0
1
0
Hi Everyonem Just wondering if anyone knows why I am getting an error that says "Cryptographic algorithms required by the secure gateway do not match those supported by AnyConnect.  Please contact your network administrator.".  See attached... view more
CreatePlease login to create content
Discussion
Blog
Document
Project
Video
Related Content
Discussions
Blogs
Documents
Events
Videos
Projects
Content for Community-Ad