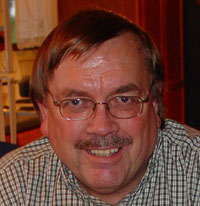 Ron Hanson is a customer support engineer in the Technical Assistance Center, where he supports major RF Gateway 1 customers as part of the Service Providers Video team. He started working with the RF Gateway before its general release in 2008, and worked in the field on large Gateway deployments before joining product support. Hanson has been in the cable TV industry for 38 years. He previously spent 22 years at Scientific-Atlanta, which was acquired by Cisco in 2007. He holds two joint patents and is certified as a Cisco Optical Specialist.