7921/7925 voice gaps on code post 1.3.4 due to need for a more aggressive AP discovey mechanism in some environments. 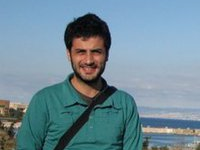 The Channel scanning algorithm introduced into the 1.3.4 firmware as part of the interband roaming feature can have an adverse effect on voice performance in certain environments. The scanning algorithm was targeted at open plan environments were coverage cells were large, and the phones would remain in the coverage cell for 5 to 10 seconds or more. This algorithm has worked well in the environments for which it was targeted. But in those environments where cell coverage is small, such as corridors with turns, fire doors and non line of sight, the algorithm has proved not to be optimal in every usage case.

The scanning algorithm does not scan the channels aggressively enough in these environments, which can lead to the phones appearing to remain connected to an Ap that is no longer the best candidate as the candidates change rapidly. The AP to which the phone is connected is normally displayed in red in the neighboorlist of the phones.

The new code can only be obtained via a TAC case after verifying that the Wireless infrastructure is inline with the voice deployment guidelines and that there is necessary RF coverage.

For you refference here are the 7921 and 7925 deployment guides.