You can use the Cisco WLC and LAPs in sniffer mode, in conjunction with a wired sniffer (feature designed for AiroPeek/Omnipeek, but can work also with Wireshark).

A single wired sniffer can collect packets from multiple APs, so this method is very useful to run multi-channel traces. For static scenarios, if it’s possible to move the sniffer AP, this can be used as an effective alternative to other sniffing options.

For roaming scenarios, the sniffer APs are usually installed in the proximity of the APs the client roams through, and this will report the “point of view” of the static APs rather than the client.

In order to see the RF from the point of view of the client while roaming, a multi-channel wireless trace should be captured using a laptop with multiple Wireless NICs that will follow the test client.

The AP will reboot and it will not be able to serve clients.

If using Wireskark to receive the traffic, (Note: Please use the most current version of Wireless due to various decoding issues of past releases, Download Latest)  follow the steps below:

This filter is optional but strongly recommended as it excludes all the non-wireless related traffic from the capture. Consider that the WLC sends traffic to a UDP port there’s no application listening on the sniffer side; this results in having a ICMP port-unreachable response for each packet received from the WLC.

Although this is expected, the filter above helps to exclude also this traffic which is useless and so it can only cause the trace to be bigger and more difficult to read.

Note: In Wireshark releases 1.8 and higher, AIROPEEK has been renamed to PEEKREMOTE. 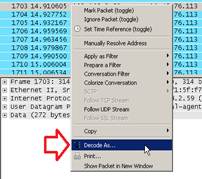 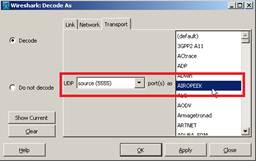 The RF info shown above (e.g. the channel, signal strength, noise..) are added by the AP. Wireshark can decode only some of these elements, whereas OmniPeek will show all of them.

When using OmniPeek as the receiver of the traffic stream from the WLC/AP in sniffer mode, it’s first of all necessary to create a “Cisco Remote Adapter” under the “Adapter” menu of the “Capture Options” window: 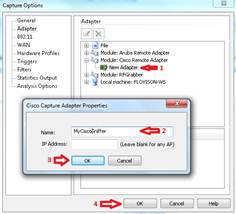 At least one adapter is required; the name is a mandatory field, whereas the “IP Address” field can be left blank if you don’t want OmniPeek to filter the incoming traffic from a specific WLC.

In this case it’s not necessary to filter out any traffic (such as the ICMP port-unreachable) as OmniPeek will listen on the UDP port to specifically capture the data stream from the Wireless LAN Controller.

Before starting the capture, confirm the settings on the main OmniPeek window:

At this point the capture can be started and the result will be a trace including the RF info reported by the AP: 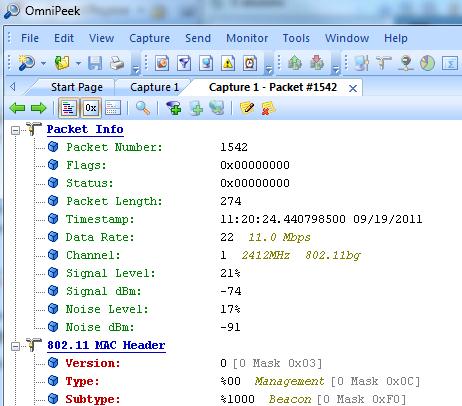 NOTE: By default OmniPeek remote adapter picks up the timestamp sent by the AP itself; this info has nothing to do with the AP clock, so the resulting timestamp will be incorrect. If you use a single sniffer AP the timestamps will be wrong but at least consistent; this is no longer true if you use multiple APs as sniffers (as every AP will send its own timestamp info, causing funky time jumps on the merged capture).

You can explicitly tell OmniPeek to use the local sniffer PC clock to set the packet timestamp.

This solves both the single and multi AP scenario, having correct and consistent timestamps as long as the PC running OmniPeek has a NTP-sync’d clock.

In OmniPeek, do the following:

2. Search for cisco remote adapter then double click to bring out the options.

3. Tick on the Timestamp option then click OK and test again the capture. 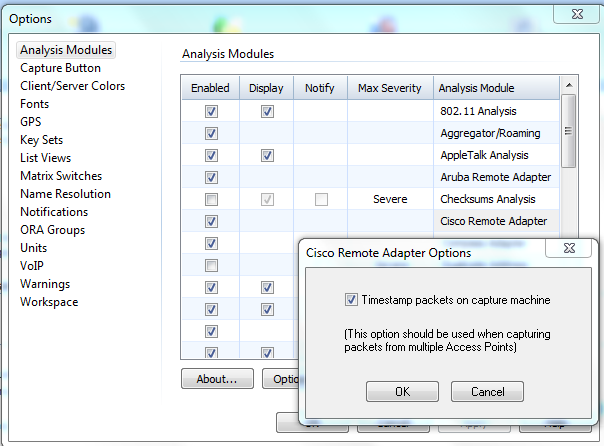 Is the AP sniffer mode is available for autonomous AP SW, if so can you please address how to configure it.

Sniffer mode is something that's only available in a controller AP environment.  But I do know its been a requested feature for the autonomous AP's

In recent Wireshark releases, the protocol is called "PEEKREMOTE" in the "decode as" menu.

After the AP reboots and joins the controller again, define which channel will the AP sniff (you can define one channel per band (one on 5GHz and one on 2.4GHz).  The final step is to define the server that will be receiving the sniffing information.  This is defined with this same command:

Hi - I had an issue where my AV was fragmenting my packets so they were malformed when they showed up in Wireshark/Omnipeek. As soon as I disabled the AV everything worked as intended.

Latest Contents
WLC 5760 - Rename AP via CLI
Created by melsayeh on 05-16-2021 09:54 AM
1
0
1
0
Hello, I am in a situation where I need to rename a huge number of APs which wouldn't be feasible from the GUI. I spent a lot of time trying and searching for a how-to but to no avail!The commands listed under 'ap' don't include a rename! Is the... view more
At what point is a wireless controller needed?
Created by Orochimaru on 05-15-2021 02:28 PM
3
0
3
0
I work for an MSP and also do sales into some enterprise clients, I have a client with 4x 3602 APs and another 17x 3702 APs ready to be installed.A colleague of his told him he needs a wireless controller now, he wants to know if that is a requirement, or... view more
Change AP names with a bulk file
Created by dpcdpcdpc on 05-14-2021 02:49 PM
8
0
8
0
Hello everyone! I'm a beginner in the Wireless world and I want to change most AP names in my topoloogy while using Cisco Prime 3.3 (100+ devices). To achieve this I believe I need to: 1) Export a csv with the APs I want to modify.2) Modify thei... view more
Autonomous WGB to CAPWAP conversion
Created by Wes Schochet on 05-14-2021 01:02 PM
2
0
2
0
Hi All- A colleague of mine grabbed a 3702i that I have configured as a workgroup bridge and hung it in the ceiling.  I can get to it via ssh / http.   Any chance I can convert it to capwap in place.  Advice on the procedure.would be a... view more
Do APs reboot after 802.11b/g Global Data Rate changes (Disa...
Created by ritchie65 on 05-14-2021 08:22 AM
4
0
4
0
If a change to the Data rate options in 802.11b/g Global Parameters from Disabled to Supported or Mandatory is made, do the  APs have to reboot to implement the new configuration?
Create ContentLogin to create content
Question or Discussion
Blog
Document
Project Story
Video
Related Content
Discussions
Blogs
Events
Videos
Project Gallery
Content for Community-Ad