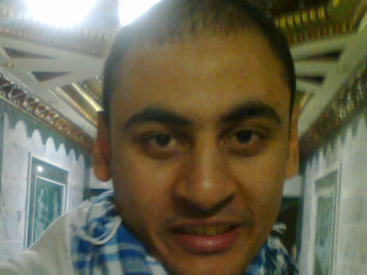 i want to ask about wireless controller 5500  if :

1- It support roaming between APs ?

Ex :   two AP   AP1, AP2 with the same SSID and Password connected to wireless controller . the two AP lie at the same area only 10 meter between them so , any users can see both of them  . there are many user connected to the two AP but AP1 handle traffic more than AP2 . if new user come and his location near to AP1 , can controller make him connect to AP2 because it handle less traffic even if power of AP1 more than AP2 .

0 Helpful
Share
Latest Contents
iPhone 12 Pro Max with iOS 14.5 Disconnection Issue
Created by davidlic on 08-01-2021 01:03 AM
3
0
3
0
I have Wireless network with AIR-AP1832 APs and CT-3504 controller (OS Ver.: 8.10.130.0). All is working fine except iPhone 12 Pro Max with iOS 14.5.1, which disconnects from network frequently.Can anyone help in this regard? WLC Config is attached
Cisco AIR-CT5520-K9 - AP Licensing
Created by BBNG on 07-31-2021 10:16 AM
2
0
2
0
Hello Guys, I'm the process of ordering new Wireless Controllers and got confused about how the AP license on the WLC 5520 works. The part number is AIR-CT5520-K9, with only this part number, can I have a certain number of AP already licensed?Or... view more
Cannot see 2.4G ssid signal
Created by Skybgp on 07-31-2021 08:36 AM
2
5
2
5
Hi we have AP3702 and vWLC ver 8.10. We only can see 5G signal, but cannot see 2.4G. The Radio policy is set as ALLI notice at the AP, operation status is DOWN. please see the below picture. Why it is DOWN?  Thanks
Fast Transition на WLC, Over the DC или Over the AIR
Created by fractal90 on 07-31-2021 12:55 AM
0
0
0
0
Привет, кто нибудь тестил Fast Transition на WLC, Over the DC или Over the AIR, что лучше использовать на площадке с контроллером? в режиме Flex connect понятно что Over the AIR с высокой задержкой до контроллера
Issue with mesh extender
Created by bsbratten on 07-30-2021 04:19 AM
0
0
0
0
Hello, I am trying to resolve a problem with a new network. I have a 240ac access point operating normally. But when I have tried to add a 142acm mesh extender using the app even after zero day setup in keeps cycling through led colors after spending... view more
Create ContentLogin to create content
Question or Discussion
Blog
Document
Project Story
Video
Related Content
Discussions
Blogs
Events
Videos
Project Gallery
Content for Community-Ad