High availability (HA) in controllers allows you to reduce the downtime of the wireless networks, due to the failure of controllers. In 7.3 it is true High Availability is introduced. Hot standby - That is when one box fails due to hardware issues or network connectivity almost instantaneously take over by the standby box. One WLC will be active state and second WLC will be Hot standby state who monitors the health of the active WLC through a direct wired connection over a dedicated Redundancy port. Configuration on active WLC is synched to standby WLC via redundant port.

Both the WLCs  share the same set of configurations including the IP address of the Management interface. AP’s CAPWAP state is also synced. APs do not go in the Discovery state when Active WLC fails. That will ensure the AP sessions are intact after switch over.  With this we achieve stateful switchover(SSO) for the Access Points(AP SSO). However, in this release Client SSO is not supported, the clients de-authenticated and forced to rejoin new Active WLC when failover occurs.  Off Couse, we can do that with cache credential system. Both the active and stand by WLCs are expected to be next to each other, as we achieve HA over a network cable. Both the WLCs are going to share the same configuration information.

There is only one CAPWAP tunnel maintained at a time between APs and WLC that is in Active state.  The overall goal for the addition of AP SSO support to the Cisco Unified Wireless LAN was to reduce major downtime in wireless network due to failure conditions that may occur due to box failover or network failover.

• The Cisco 5500, Flex 7500, and 8500 Series Controllers have a dedicated HA port, which is used to synchronize configuration between controllers in the Active and Standby states  Keepalive messages are sent on HA ports from the standby controller to the active controller every 100 milliseconds (default frequency) to check the health of the active controller. Internet Control Message Protocol (ICMP) packets are also sent every 1 second from each controller to check reachability to the gateway using the redundant management interface.  It is highly recommended to have direct physical connection between Active and Standby Redundant Ports. The distance between the connections can go upto 100 meters at per ethernet cable standards.

• . The Cisco WiSM2 also has a dedicated HA port, but it is hidden from users and is responsible for more than configuration synchronization. The Cisco WiSM2 has a dedicated redundancy VLAN, which is used to synchronize configuration between the active and standby controllers. Keepalive messages are sent on the redundant VLAN from the standby controller to the active controller every 100 milliseconds (default frequency) to check the health of the active controller. Internet Control Message Protocol (ICMP) packets are also sent every 1 second from each controller to check reachability to the default gateway using the redundant management interface. To achieve high availability between two WiSM2 controllers, the controllers can be deployed on a single chassis or can be deployed on multiple chassis using a virtual switching system (VSS).

The redundancy port is used in the following scenarios: 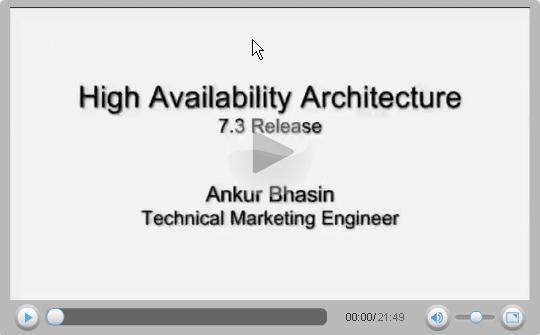 High Availability Configuration using GUI is explaned in detail in the following video: 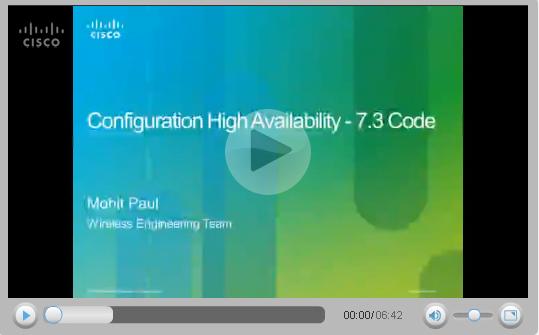 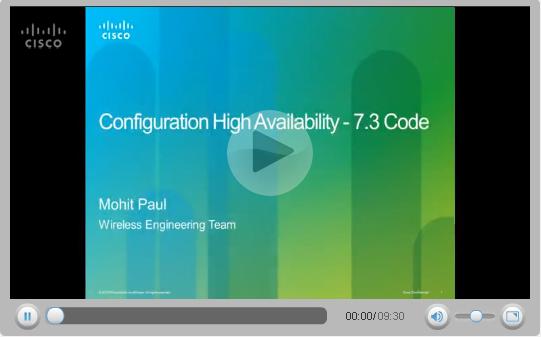 Thank you for the information,

Latest Contents
Specific QoS configuration on EWC
Created by Torken on 02-25-2021 12:55 AM
0
0
0
0
Hello,I have 3 WLAN with QoS configured by metal policy : - Main network : Gold - SoftPhone network : Silver - Guest network : BronzeI want to configure QoS on VoIP traffic with platinum policy (SoftPhone network), but the rest of the traff... view more
Apply the AP 803's web setting will occur error 404
Created by Albert_Shih on 02-25-2021 12:08 AM
0
0
0
0
Hi all,When I "apply" the AP 803's web setting the web page will occur error 404.The version of AP 803 is 15.3(3)JKI have been try to use the Browser:Chrome、Edge、Firefox , and also try the older version of the browserStill doesn't work!!How do I fix ... view more
apple macos device disconnect wifi with 802.1x
Created by willwillwang on 02-24-2021 06:27 PM
1
0
1
0
wlc 5502 version is 8.5.161.6i have a ssid use by macos device,and disable loadbalance and 802.11rthe ssid use 802.1x authentication with windows 2012r2 nps service(radius)but apple device untimely disconnect,windows device is no problemi open a ssid... view more
Set up a firewall between wireless controller and APs
Created by showipinterface on 02-24-2021 04:15 PM
1
0
1
0
Hi, I would like to setup a Palo Alto firewall between cisco WLC and APs to control some traffic. Anyone can share some idea for this? or send link in order to know what I need to pay attention to? Thank you very much.
Way to get DFS notices in the WLC log
Created by derek.small on 02-24-2021 03:33 PM
0
0
0
0
If you are using UNII-2 Ext channels, is there a way to get DFS notices in the WLC log?  I thought they showed up there by default, but I just found DFS pauses in the logs on several APs, and there was nothing in the WLC log about it.  I've logg... view more
CreatePlease login to create content
Discussion
Blog
Document
Project Story
Video
Related Content
Discussions
Blogs
Events
Videos
Project Gallery
Content for Community-Ad