Cisco Community
English
Register
Login
Tell us how your company is accelerating digital agility. LEARN MORE and share your story.
RegisterLogin
Options
Turn on suggestions
Auto-suggest helps you quickly narrow down your search results by suggesting possible matches as you type.
Showing results for
Search instead for
Did you mean:
468
Views
0
Helpful
8
Replies 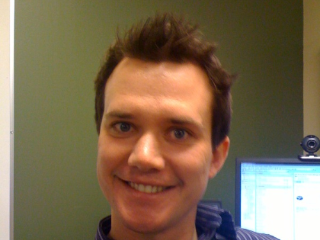 I'm running a 4402-12 with 4.2.176 and all 1252 access points. I'm able to get the 2.4GHz radio powered up but not the 5GHz. I've tried powering the AP off of the new 18W power injector and off the power brick with no luck on each. I watched the AP boot up off of the console and it looks like the radios power up right away, but after they join the WLC, both radios power off, and only the 2.4GHz radio powers back on (Dot110). The 5GHz radio is enabled and I've tried chaning the power injector settings on the AP but nothing seems to work.

After the AP joins the controller are you going into the AP's configuration and setting the power injector config so that the AP knows that it is getting full power even though it doesn't see the PoE messages?

Beginner
In response to dancampb

Yes, I tried the standard method with the inline power setting and then all other settings just to be safe.

Rising star
In response to klein425

this may seem like an obvious question, but do you have 802.11a enabled on the controller?

Beginner
In response to ericgarnel

I do. I've setup so many of these controllers and have never had any issues. Usually if there is a power issue on the radios, it has to do with the AP power mode on the Advance config tab.

Beginner
In response to klein425

Rising star
In response to klein425

On the controller via CLI, configure the following:

global (all aps go to syslog)

and parse through the syslog entries

Also do a debug ap enable < name of AP>

Try removing one of the modules and see if it works. If yes, do install the 2nd RM.

The power injector should provide 20.0 watts of power.

How do you feel upgrading your firmware to 5.0.X?

I can try upgrading. We won't be using any features in 5 but it's pretty stable at this point.

Latest Contents
Announcing Cisco Wireless 8.10MR6 Third EFT/Beta - 8.10.158....
Created by Sudhagar Singh on 06-14-2021 04:09 AM
0
10
0
10
Greetings! Thank you for the overwhelming response to the First and Second EFT refresh of 8.10MR6! We are excited to announce the third refresh of 8.10 MR6 EFT Program for PRODUCTION deployments. While the CCO release of 8.10MR6 is just a few we... view more
Announcing Cisco Wireless Catalyst 9800 - 17.3.4 Second EFT ...
Created by Sudhagar Singh on 06-03-2021 06:40 AM
0
5
0
5
Greetings!Thank you for the overwhelming response and feedback for the first 17.3.4 EFT/Beta release. Now we are excited to announce the second refresh of 17.3.4 EFT/Beta Program for PRODUCTION deployments.   This release is the s... view more
Cisco IOS-XE 17.5.1 for the Catalyst 9800 Wireless Controlle...
Created by anandg on 04-02-2021 11:02 AM
5
15
5
15
It’s been about two and half years, since the launch of next generation Cisco Catalyst 9800 Wireless LAN Controllers that has the most deployment flexibility and runs the modular, scalable, highly reliable, open and programmable operating system, I... view more
Wi-Fi 6 and Embeded Wireless Controller (EWC) Demo
Created by eugenelee28 on 03-21-2021 01:48 AM
3
5
3
5
Hi All, I have made this video for Cisco Pitch the Future Contest in Malaysia which talks about Wi-Fi 6 and EWC Demo. Please feel free to view the video below and please support me for this contest by giving the video a like as the Contest will end o... view more
Cisco Wants your Feedback on the Cat9800-80!
Created by caiharve on 03-09-2021 03:43 PM
0
5
0
5
Review the Cisco Catalyst 9800-80 Wireless Controller on TrustRadius and receive a $25 gift card!
Create ContentLogin to create content
Question or Discussion
Blog
Document
Project Story
Video
Related Content
Discussions
Blogs
Documents
Events
Videos
Project Gallery
Content for Community-Ad