Cisco Community
English
Register
Login
RegisterLogin
Options
Turn on suggestions
Auto-suggest helps you quickly narrow down your search results by suggesting possible matches as you type.
Showing results for
Search instead for
Did you mean:
2203
Views
5
Helpful
6
Replies
Highlighted

Hi, i'm curious if anyone has had this happen to them.

I've been building a new 9800-40 over the last month or so, and I have had all sorts of strange small issues.  For example, when I first booted them they booted into rommon.  Which is fine, I followed the process, put in USB and booted to image but after booting the USB stopped working without even taking the drive out.  Weird.  So finally got everything built, got on suggested code, got the whole thing built.  Was going to talk to management today about migration timeline.

I rebooted the 9800-40 stack, which I have done many times before, and BLAM both units lost their entire config and booted with day 1 config.  Would I like to terminate auto install?  No.... I'd like to throw it out the window and buy Aruba.


Anyone else seen this?

Hall of Fame Master
Make sure your register is set to 2002.

Beginner
In response to Scott Fella
Its set to 0x102, which is ignore break and 9600 baud. Ive booted this thing several times without issue, then the last time I booted it.... it wiped all config.
0 Helpful
Reply
Highlighted

Hall of Fame Master
In response to Eric Hansen
Open a TAC case. I have messed around with the 9800’s and only ran into issues when the register was set wrong or the country code wasn’t set via the cli. 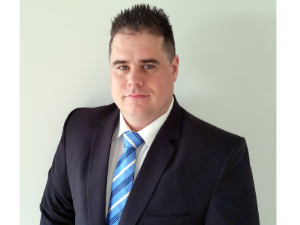 Did you say they are in HA?

Were you able to resolve the issue? I am having the same problem

Hall of Fame Master
In response to atsetheodros
You should open a TAC case also. I’m assuming you have the same model and firmware.