Welcome to the new Cisco Community. LEARN MORE about the updates and what is coming.
Turn on suggestions
Auto-suggest helps you quickly narrow down your search results by suggesting possible matches as you type.
Showing results for
Search instead for
Did you mean:
Start a conversation
Options
850
Views
5
Helpful
4
Replies

Aironet 1142, two units, using WPA Radius to IAS on Windows 2003. I have a problem with Macs beginning to surface. One laptop, OSX 10.6, ran fine for a couple of weeks. A problem started occurring, while using the network, communication will stop. The Mac still shows connected on the laptop, and it shows associated in the interface on the Airnonet. However, there is no data transfer. I open a terminal and ping, there is no response. After sitting for awhile trying to ping, it will start again and communicate. After letting the laptop sit for awhile, the same things happens. The connection can be disconnected and reconnected on the laptop to restore connectivity. I did a round of things on the Mac to eliminate problems in configuration there. The same thing happens with both Aironets. Today, the when the problem occured, a user with an iPhone experienced the same thing. This was a first for that iPhone. Another Mac laptop, a newer model, did not experience the problem.

As I am writing this, a user with an iPad now just emailed that he is having trouble connecting. We just recently upgraded this customer to Aironets and disconnected a conglomerate of other products. The last one to be disconnected was a low cost Trendnet, that this iPad user was previously connecting to with no problem. The other device he would have been using in a different area was a Mac Airport WAP.

On the Aironets, I have CCX turned off, have set speed settings to default. Has anyone had any issues with Macs or other devices with this issue? Any suggestions as far as Aironet configuration or other advice?

The two devices that have problems are both the same Mac laptop model, one it not an iPhone. They were in a conference, and both of them lost communication at the same time. Other laptops in the conference were fine. They both could disconnect and reconnect to restore communication.

WPA Radius to IAS on Windows 2003 is being used.

It seems that something may be going on at the AP or authentication level, that caused both laptops to stop communicating at the same time, and not just something at the laptop level.

Does anyone know if there are re-authentication processes, or something else that the Aironet would do every so often, that these two laptops may be having a problem with? 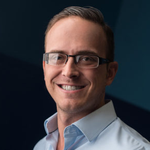 Enthusiast
In response to ktruman
Options

For awhile I was seeing some odd stuff with an 1142 and my MacBook Air as well as my AppleTVs. I went through the basics disabling aironet ie and such but never found any of that to fix anything. Ultimately I replaced the AP with another 1142 and things have been stable since then.

I would open a TAC case, you might have a radio issue. My 1142 was constantly shutting the radios down with reason code stating channel change however they were set to not use DCA.

Advisor
In response to blakekrone
Options

What code is on your APs?

George, I have the numbers for you:

Further info, I seem to have isolated the issue also to the SSID that uses WPA Radius.

I have another SSID the uses WP2 PSK, and that ones keeps communicating ok.