Cisco Community
English
Register
Login
RegisterLogin
Options
Turn on suggestions
Auto-suggest helps you quickly narrow down your search results by suggesting possible matches as you type.
Showing results for
Search instead for
Did you mean:
43787
Views
25
Helpful
8
Replies
Highlighted

Help me : Problem with WLC and AP

We have a few AP on our network which work fine.

But, those which are behind our fw don't work.

Labels:
7 people had this problem
I have this problem too
0 Helpful
Reply
8 REPLIES 8
Highlighted

If this is a cisco ASA, you can set up ingress and egress packet captures to see what packets enter and leave the FW for this AP-

b. Check the logs on the firewall for any drops.

c. cap capdrop type asp-drop all
This will tell you if the pkt was dropped and the reason for the drop

d. You can run the packet-tracer command on the firewall tracking this udp flow-

- What AP model is this? Is it the same AP that connects to the controller if there is no fw in the path?

- Does it use MIC or SSC cert? If SSC, make sure you have SSC checked and you will need to manually enter the hash for the AP on the controller under AP Authorization List -

Other controller debugs for the AP- 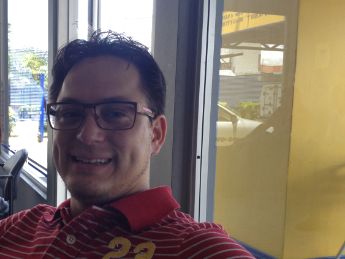 Here is a very usfull link for troubleshooing an AP not joining the WLC, the debug commands can be LWAPP or CAPWAP depending on the code.

Beginner
In response to fbarboza

Sorry for my late.

I check as soon as possible.

what WLC used, does the AP has access to both AP manager(if 4400) & management interface of WLC.

Finally just change the year on the controller to 5 years back and set.. now all the cert expired APs will be joining there.. after the APs are joined just put the year back to current.

Conditions:This symptom will occur after 10 years of the device manufacturing date.
The oldest APs (1120, 1130, 1230, 1310 series) with MICs were manufactured in July 2005,
so those APs will be unable to join AireOS controllers starting in July 2015.

For APs using Self-Signed Certificates (SSCs) that were generated by the Upgrade Tool, the symptom will occur on January 1, 2020.

For 7.6, you may contact TAC for escalation code, although it is recommended to move to 8.0 for future support

Recovery for APs in a failed scenario:
NOTE: this workaround should be used only in order to allow APs with expired certificates to join the WLC for long enough to upgrade the software.

If the certificates have expired, disable NTP, then change the WLC clock time to a recent earlier time when the certificates were still valid. If you set the clock back too far, newer APs may not be able to join. Once the software has been upgraded, and the affected APs have joined, the WLC clock should be reset to the valid time.

These rebuilds will implement a new CLI command to disable on the WLC
the lifetime validity checks for MICs and SSCs. By default, the command will be disabled, i.e. APs with expired MICs and SSCs will not be able to join.
After upgrading to the new rebuild, use the new command to disable the
lifetime validity check, allowing APs with MICs or SSCs older than 10 years to
join.

Beginner
In response to
This really helped me. Thank you!
0 Helpful
Reply
Highlighted

Beginner
In response to jlepage

Thanks so much for this post i had the same problem with a %DTLS-3-HANDSHAKE_FAILURE: openssl_dtls.c:631 Failed to complete DTLS handshake with peer and after 1 month of research i came to this post and change the date on my my WLC 2112 and  my ap AIR-LAP-1142N  is joining with no problem. Thanks a lot for this POST

VIP Advisor
In response to PatrickPluviose2084
Don't forget to update the software and issue the commands stated above, so they will not be stranded on the next reboot.
0 Helpful
Reply

Latest Contents
Cisco AP AIR-CAP702I-E-K9
Created by sahara101 on 02-18-2021 05:39 AM
0
0
0
0
Hello Community, I have an issue where APs do not connect to the WLC. Connection is made over VPN. Until yesterday all 3 APfailed with below errors. We change the LAN connection to a cisco router and now one of the AP magically connected to the... view more
Wireless Config Analyzer Express v 0.5.9
Created by Javier Contreras on 02-15-2021 09:27 AM
3
15
3
15
Where to download Attached files on this post Alternatively, cloud version (only summaries) General information: New implementation for the WLC Config Analyzer. it is a new re-write of the application, with clean up and improved checks Support for IOS... view more
**New Episode** Cisco Champion Radio: S8|E6 Fastlane+ Optimi...
Created by aalesna on 02-09-2021 10:20 AM
0
0
0
0
Cisco Champion Radio · S8|E6: Fastlane+ Optimizes Network and Device Communication Cisco Fastlane+ is a co-developed solution with Apple that significantly improves the experience of any Wi-Fi 6 capable iPhone or iPad connected to a Cisco Catalyst 9130 A... view more
IOS-XE 17.4.1 Blog
Created by SAY on 01-26-2021 12:19 AM
1
10
1
10
We are pleased to announce the immediate availability of the IOS-XE release 17.4.1 for the Catalyst Wireless Controllers. The new code is now posted on the CCO and can be found at this link: https://software.cisco.com/download/home/286316412/type/28204647... view more
How to manually connect a Cisco WLC to Cisco DNA Center for ...
Created by Richard Jang on 01-14-2021 05:50 PM
0
15
0
15
Table of Contents   Overview The purpose of this document is to provide step-by-step instructions regarding how to connect your read-only Catalyst 9800 WLC or AireOS WLC with Cisco DNA Center for Assurance monitoring through manual configuration. I... view more
CreatePlease login to create content
Discussion
Blog
Document
Project Story
Video
Related Content
Discussions
Blogs
Documents
Events
Videos
Project Gallery
Content for Community-Ad