We have a situation where wireless access points are just going down randomly on our network. The situation is as follows:

We have 2 Cisco 5508 WLCs (licensed for 250 APs each, with more licenses en-route), both running software version 7.2.103.0. Then we have a large-ish number (±300) of Cisco AIR-CAP3502I-E-K9 APs connecting to these two controllers. The APs are either connected to Cisco WS-C2960S switches, or in "older" areas of the network they are connected to WS-C2950 switches. We do not have PoE switches installed yet, so all APs are powered by power injectors (AIR-PWRINJ4=).

Anyhat, all the access points are in FlexConnect (previously HREAP) mode, and they all connect via trunk ports to the switches in order to get the VLAN per SSID working. Both controllers are in the same mobility group, and both are in the DNS as "cisco-capwap-controller" as they are load balancing. The APs are installed about 25m apart in most areas. There is one installation where two APs are about 10m apart, but this is due to the shape of the building in which they are installed. We have no autonomous APs deployed at all...

The problem is that some access points work for about a day, and then they just disassociate with whichever controller they were associated to, and then they just fall off the network completely. Both WLCs, the NCS, and the network monitoring system (WhatsUp Gold) show the affected APs as physically unreachable. Looking at the trunk port on the switch, it shows that the port is up and the line protocol is up, input rate is 0 bits/sec, and output rate is up to 70,000bits/sec. There are no input or output errors on the switch port. Here is the output from one such switch port:

FastEthernet0/19 is up, line protocol is up (connected)

Connecting a console cable to an affected AP is fruitless, as the AP appears to be unresponsive while it is "down". Rebooting the AP, then connecting a console cable works, but then you've lost your syslogs. Looking at the Ethernet interface on the AP, it appears as if the interface is picking up a lot of errors, especially CRC errors, which would indicate a physical cable problem.

I got our cabling contractor out to do a cable test again, and it passes every time. We have them test both the Systimax and the Molex cable installations of affected APs, and all is OK. They use a Fluke MicroScanner² cable tester which certifies the Cat 6 cable from patch lead to flylead. No problems there, and I trust that the cable is 100% as tested.

So I swap the power injector of an affected AP (let's call it AP A) with an AP that is not affected by this (let's call this one AP B), and AP A goes down again after a day, or sometimes only a couple of hours. AP B remains operational as usual. If I swap AP A out with a new AP (AP C), then AP C starts showing the same symptoms after about a day, and then it also just goes down. When "suspect" AP A is installed somewhere else, then it works and stays operational for, well, 58 days now. Changing the switch/switch port also makes no difference.

I am at wits end with this one. Where could the problem be? I trust the "Big Green" company that does our cable installations, and I trust the equipment they use. I also trust both Systimax and Molex to be very good products. And I do trust Cisco, as this is the only network equipment we deploy.

Where to from here?

Hall of Fame Master
In response to harel.zahavi

That's called the white LED of death:) console into the ap and look at the output when you reboot the ap.

I hope some of your problematic WAPs are connected to a 2960S because if you do, then I recommend you run a TDR.

Thanks for that! That was something I have not tried up to now, so I did it. Here is the output:

Hall of Fame Community Legend
In response to connie

I remembered reading something like this in the forum.  I believe Wes or "weterry" (from Cisco) has a solution but I can't find the post relating to this.

Hall of Fame Master
In response to Leo Laohoo

I have three 3502i acting the same way out of 650+.  I would bounce the port (PoW) and it would come back up.  The funny thing is that if I do a show mac address-table interface giX/X/X, I would see no vlan information at all.  I'm going to see if they keep on failing and I will just RMA those three. 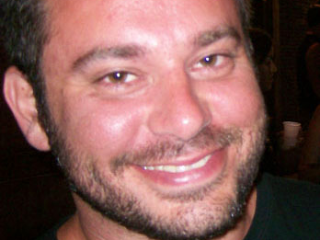 what do the lights look like when the AP is locked up? are they white?

Hall of Fame Master
In response to harel.zahavi

That's called the white LED of death:) console into the ap and look at the output when you reboot the ap.

Beginner
In response to connie

White LED of death it was. After a quick WebEx with a Cisco Engineer (Ishant, you were ace!), we were showed what to do to have the problem resolved using console access with a live network connection and a script that updates the required code with interim software.

Apparently the bug will be fixed in the next major update of the WLC software...

This issue has now been resolved. Details can be found here: http://www.cisco.com/en/US/partner/ts/fn/635/fn63537.html.

Here is the short version:

Problem Description:
Calibration between DRAM and processor on AIR-CAP350x and AIR-LAP126x results in Access Points (APs) failing to boot properly. One symptom includes a white LED and no console output.

The root cause is the DDR memory calibration process that was performed on the Access Points (APs) at the time of manufacture. The fix recalibrates the existing memory hardware, so it will operate more reliably.

Latest Contents
How to manually connect a Cisco WLC to Cisco DNA Center for ...
Created by Richard Jang on 01-14-2021 05:50 PM
0
15
0
15
Table of Contents Table of ContentsOverviewConnecting a Catalyst 9800 WLC to Cisco DNA Center ManuallyConnecting an AireOS WLC to Cisco DNA Center ManuallyCisco DNA Center Assurance Deployment Guide References   Overview The purpose of this document... view more
IOS-XE PSK Blog
Created by SAY on 12-03-2020 07:33 AM
1
5
1
5
Securing devices without 802.1X   PSK (Pre-Shared-Key) WLAN is widely used for consumer & enterprise IoT onboarding as most of IoT device doesn’t support 802.1X. While PSK WLAN provides an easy way to onboard IoT, it also introduces challenges as... view more
Lightweight AP - Fail to create CAPWAP/LWAPP connection due ...
Created by timsmith on 12-02-2020 01:19 PM
39
55
39
55
Problem Description: Due to the certificate expiration, any new Control and Provisioning of Wireless Access Points (CAPWAP) or Light Weight Access Point Protocol (LWAPP) connection will fail to establish. The main feature that is affected will be the Acce... view more
Cisco WiFi Overkill for Homes
Created by quelopera58 on 11-23-2020 10:10 AM
3
5
3
5
Looking to provide wifi overkill in my home. It's two story with a basement. I am thinking two aironet 1600's. What do you think?Let me know if there is some other model I should be looking at.
Wireless Config Analyzer Express v 0.5.7
Created by Javier Contreras on 11-18-2020 08:00 AM
3
15
3
15
Where to download Attached files on this post Alternatively, cloud version (only summaries) General information: New implementation for the WLC Config Analyzer. it is a new re-write of the application, with clean up and improved checks Support for IOS... view more
CréerCréer votre compte Créer ici
Créer une discussion
Créer un blogue
Document
Project Story
Vidéo
Related Content
Discussions
Blogs
Documents
Events
Videos
Project Gallery
Content for Community-Ad