Cisco Community
English
Register
Login
We have 1 million community members! Join the celebration! Learn how.
RegisterLogin
Turn on suggestions
Auto-suggest helps you quickly narrow down your search results by suggesting possible matches as you type.
Showing results for
Search instead for
Did you mean:
Announcements 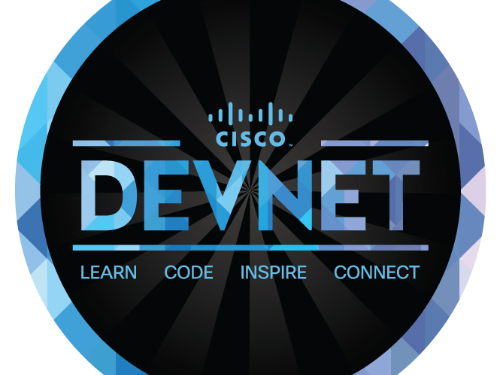 Join Charles Eckel from Cisco DevNet at this event in his session below:

OpenDaylight as a Platform for Network Programmability

Software Defined Networking (SDN) may have started as the separation of the control plane and the data plane, but the true power lies in the ability to communicate with the network through well defined and interfaces using standard protocols. This session provides a brief intro to SDN in general, and more specifically to OpenDaylight, an open source platform for programmable SDN. Next we dive into network programmability, including why we need it and the role of NETCONF, YANG, and RESTCONF. Then we put the theory into practice as we install OpenDaylight as use it a platform for programming a sample network.

Latest Contents
while adding new network device to DNAC response received fo...
Created by nnelluri on 09-22-2021 10:25 AM
0
0
0
0
Hi Team,   while adding new network device via POST to the DNAC sandbox , Response received as below. please advice how to resolve the Issue {'message': 'Role does not have valid permissions to access the API'}   please check sample code below. ... view more
sn2info API discards records
Created by rrawdonDotomi on 09-08-2021 01:38 PM
3
0
3
0
Hello, The SN2Info API documentation indicates that up to 75 serial numbers can be submitted per query.  Indeed, we can submit a request with 75 SNs, but if we submit 76 there is an error returned:ERROR: _get_cisco_coverage_summary -  CR.ge... view more
TMS API allowing to download a particular phonebook?
Created by MohammadHadizadeh60767 on 09-07-2021 08:27 AM
0
0
0
0
Hi,We need to know if TMS api allows any sort of interaction from a service software to TMS directly to download a specific phonebook as a file/XML/Json, etc.Thank you
Credentials invalid SD-WAN 19.2 Always on
Created by fabio.dores on 08-28-2021 01:23 PM
3
0
3
0
Credentials invalid SD-WAN 19.2 Always onI am unable to connect to the always-on SDWAN sandbox?  Anybody else having this issue?Go to https://sandbox-sdwan-1.cisco.comLogin with credentials [devnetuser/RG!_Yw919_83]
Equivalent to Meraki Scanning API for Catalyst/Aironet ?
Created by matt_innerspaceio on 08-18-2021 01:33 PM
0
0
0
0
Meraki has a "Scanning API" ( https://developer.cisco.com/meraki/scanning-api/ ), which allows a developer to subscribe to location/rtls/rssi feeds of clients, allowing 3rd parties to develop an RTLS solution. Is there an equivalent API/fee... view more
Ask a Question
Create
+ Discussion
+ Blog
+ Document
+ Event
+ Video
+ Project Story
Find more resources
Discussions
Blogs
Documents
Events
Videos
Project Gallery
New Community Member Guide