Turn on suggestions
Auto-suggest helps you quickly narrow down your search results by suggesting possible matches as you type.
Showing results for
Search instead for
Did you mean:
Create a new article
Options
225479
Views
195
Helpful
16
Comments

When troubleshooting in Cisco Unified Communications Manager, it is sometimes necessary to collect packets which are being sent to and from the network interface on a CUCM server.  This document describes the process in four steps.

To start the capture, establish a secure shell (SSH) session to the CUCM server authenticating with the Platform Administrator account:

The command is "utils network capture" and the syntax is as follows:

Note: The file will be saved in platform/cli/fname.cap

1b.  Capturing all traffic

For a typical capture, one might wish to collect ALL packets of ALL sizes from and to ALL address into a capture file called 'packets.cap'.  To do this simply execute on the admin CLI 'utils network capture eth0 file packets count 100000 size all'

1c.  Capturing based on port number

Troubleshooting a communications issue with Cluster Manager, it might be desireable to capture based on a specific port (8500) using the port option.

Note: For more information about which services require communications on each port, refer to the TCP and UDP Port Usage Guide for the applicable version of CUCM.

1d.  Capturing based on host

2.  Reproduce the problem symptom or condition

While the capture is running reproduce the problem symptom or condition so that the necessary packets are included in the capture.  If the problem is intermittent it may be necessary to run the capture for an extended period.  If the capture ends, it is because the buffer is filled, restart the capture and the previous capture will be automatically renamed so the previous capture should not be lost.   If a capture is needed for an extended period of time, it might be worthwhile to capture at the network level via other means such as using a monitor session on a switch.

To stop the capture hold the Control key and press C on the keyboard.  This will cause the capture process to end and no new packets will be added to the capture dump.

4.  Collecting the capture from the server.

Collecting the capture from the server is the final step.  The capture files will be stored in "activelog platform/cli/" location on the server.  One can transfer the files through CLI to an SFTP server or to the local PC using the Real Time Monitoring Tool (RTMT).

4a.  Transfer capture file through the CLI to an SFTP server

Use the command "file get activelog platform/cli/packets.cap" to collect the packets.cap file to  the SFTP server.

Alternatively to collect all .cap files stored on the server, use 'file get activelog platform/cli/*.cap'

The CLI should indicate success or failure of the file transfer to the SFTP server.

Launch the Real Time Monitoring Tool.  If it is not installed on the local PC, install the appropriate version from the CUCM Administration page Applications->Plugins menu. Click "System", then "Trace & Log Central", then double click "Collect Files".  Click "Next" through the first menu.

In the second menu choose the checkbox for "Packet Capture Logs" on the server which the capture was performed, then click Next.

On the final screen choose a time range when the capture was performed, and a download directory on the local PC:

RTMT will close this window and proceed to collect the file and store it on the local PC in the specified location.

Could please share some analysis based on the collected traces from wire shark ,I mean how can deeply dive into wire shark captures.

I'm afraid that's a bit outside the scope of this document.   What you're looking for is going to be largely dependent on the problem you are troubleshooting.

I have a question in regards to the capturing based on host.

Do you know how to do capture the traffic to and from two or more remote hosts (ip phones for example). May I use network address and mask or I need to specify every single host? Thank you in advance.

This is what TAC does when troubleshooting phone issues.

Super Job Explaining! Thanks so much!

Hi all, great article, helped to setup PCAP. What if I  had a capture running on one of the Subs at work, capturing only one specific host IP traffic as we have an issue with this one phone, as such:

where Xs are the IP of the host. While capturing, about 30min later I lost connection and had to re-login to CLI of that Sub, but then I could not stop the capture like I normally would with Ctrl + C on keyboard, so the capture is still running and I can see the file size increment. I could not find anywhere on here of how to stop this capture other than Control  + C while its running, I did not try to delete the file either while its still capturing, is deleting the only way to stop the capture?

As this capture will be going for a long time as its capturing only one host/IP Phone traffic in this Sub, before this file pcap_1 reaches 100000 packets file size and stop, and I do not want it running for no reason either. How do I stop this capture guys?  Thanks.

I have not called TAC yet.

--NOTE ON COLLECTING PCAPS FROM THE CLI--

If you ran the command:

and you want to collect the file CUCMpackets from the CLI instead of RTMT, you can use:

To see all packet captures stored on the server, you may use:

Is it possible to send the capture directly to an external source instead of saving it on the CUCM? I have around 5 phones suffering very intermittent silent audio and am just concerned that the logs will fill the CUCM disk quickly.

Secondly can you capture from select phones at once or is it one or all?

do we know the level of cpu/ram etc overhead when running this on a cucm?

Very Helpful , thanks for this awesome doc. 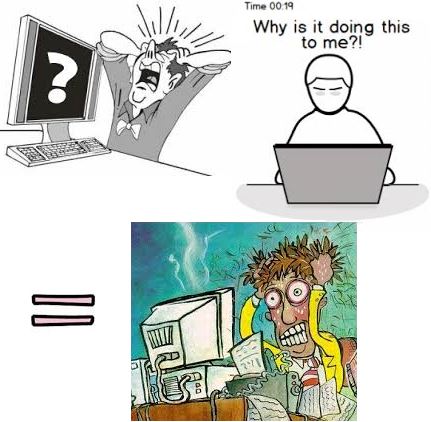 Is this still applicable on CUCM ver 12.x later?

How about the additional CPU load when this is run, can anyone answer since we want to know if this could be run during Production time or a separate maintenance window is needed?