Working concept of SCCP & SIP Phones and the Dial rules

This document intends to help the beginners to understand the basics of IP Telephony. It explains the working concept of the SCCP & SIP Phones and the Dial rules, digit forwarding methods to initiate a call.

It is nothing but Keypad Markup Language (KPML). Call came from an SIP Phone using KPML, CUCM receives, interprets and analyzes the dial plan on a digit-by-digit basis. Cisco SIP Phones that support KPML use digit-by-digit dialing by default. KPML is not supported on older SIP Phones. Type A phones.

Note: - It is not possible to configure dial plan information (dial rules) on Cisco IP Phones using SCCP. All dial plan functionality is contained in the CUCM cluster with an SCCP phone.

A user dialing an international pattern that is denied by the end user's CoS deployed in CUCM will result in the reorder tone ie busy signal that is played to the calling party letting the party know that the "Call could not be completed as dialed".

Type A SIP Phones support SIP dial rules, which are configured in CUCM and downloaded to the IP Phone at boot time. It does not support KPML. SIP dial rules will enable dial tone and traditional phone functionality on CUCM.

Type A Cisco IP Phones using SIP firmware without SIP dial rules do not deliver a dial tone to the calling party when the calling party goes off-hook with the handset or speaker phone. All digits are sent to CUCM enbloc after the user completes the dialing and press the Dial softkey.

A SIP INVITE message with enbloc signaling is sent from the Cisco SIP IP Phone to CUCM when the SIP dial rule of the Cisco IP Phone recognizes and permits the dialed pattern. End user do not need to press the Dial key like they had to on Cisco SIP type A phones. SIP dial rules allow Type A Phones to emulate SCCP and traditional phone systems while also providing processing and signaling overhead benefits.

Figure illustrates a phone configured to recognize all four-digit patterns beginning with a leading digit of 1. This pattern has an associated timeout value of 0. All user input actions matching the pattern will trigger the sending of the SIP INVITE message to CUCM immediately, without requiring the user to press the Dial key.

Cisco Type B SIP IP Phones offer functionality based on the KPML standard to report user activities. Each user input event (dialed digit or softkey/button) generates a KPML message to CUCM. This mode of operation emulates a similar end-user experience to that of phones using SCCP.

Cisco Type B SIP Phones offer functionality based SIP INVITE Message. Every key the end user presses triggers an individual SIP message. The first event is communicated with a SIP INVITE, but subsequent messages use SIP NOTIFY messages. The SIP NOTIFY messages send KPML events corresponding to any buttons or soft keys pressed by the user. Cisco Type B SIP IP Phones with SIP dial rules operate in the same manner as Cisco Type A phones with dial rules.

Under "Type B SIP Phones: Dial Rules", the last word of the last line has to be changed as "rules" instead of "peers".

Thanks. I've corrected. Type B SIP phones includes 7960 also the classification is based on the functionality.

I always thought that all Type A SIP Phones didn't yet support KPML.

Could someone please clarify the graphic titled "Type A SIP Phone : Dial Rules".

This one makes mention of KPML Notify Messages being used.

Please accept my appreciation on writing a clear and concise document. It helped me clear the doubts I had.

Glad that it helped you.  This is really encouraging. Thanks. 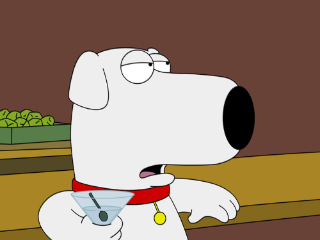 I think there is an error in this article with the diagrams.

I think the diagram titled "Type A SIP Phone : Dial Rule" is incorrect.  It shows a 7971 phone which is a Type B.  I think the diagram should be moved further down into the type b section  and titled something like "type b phone no dial rules"

Another possible error.  Is this paragraph correct under the Type-B phones, with dialing rule ?

It seems to describe the default KPML function.  The diagram following this paragraph seems correct for dialing rules but the text preceding the diagram doesn't seem correct.

Cisco Type B SIP Phones offer functionality based SIP INVITE Message. Every key the end user presses triggers an individual SIP message. The first event is communicated with a SIP INVITE, but subsequent messages use SIP NOTIFY messages. The SIP NOTIFY messages send KPML events corresponding to any buttons or soft keys pressed by the use"

Thanks for article and thanks to other people as well who took time to comment.

How digits will go to CUCM? 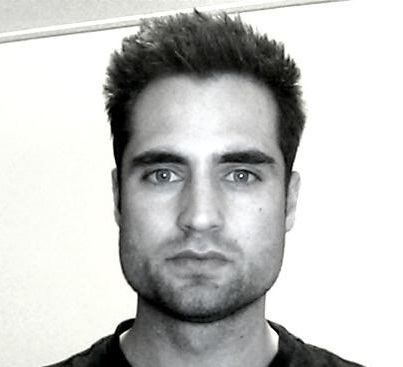 Please can you correct what I think is an error in your explanation of Type B with SIP Dial Rules?

As soon as SIP dial rules are implemented on Type-B IP phones, KPML-based dialing is disabled. If a user dials a string of digits that do not match a SIP dial rule, none of the individual digit events will be relayed to Unified CM. Instead, the entire dialed string will be sent en-bloc to Unified CM once the dialing is complete (that is, once inter-digit timeout has occurred).

Type-B phones using SIP dial rules offer only one way to dial patterns not explicitly configured on the phone. If a dialed pattern does not match a SIP dial rule, the user has to wait for inter-digit timeout before the SIP NOTIFY message is sent to Unified CM. Unlike Type-A IP phones, Type-B IP phones do not have a Dial key to indicate the end of dialing, except when on-hook dialing is used. In the latter case, the user can press the “dial” key at any time to trigger the sending of all dialed digits to Unified CM.

Lavanya, you have got the explanation for the SIP Type B phones with and without dial rules the wrong way round!

Please correct it or else remove this document as it is very misleading.

Please remove this doc since it contains a lot of errors

will.alvord
Contributor
This is the most confusing document I've ever read. There are so many errors and contradictory pieces of information, that it is impossible to determine what is accurate or inaccurate. It's as if someone took handfuls of words and images, threw them in the air, and then let them randomly fall on this page. Over 6 years worth of comments have been ignored. How do you down vote?
Latest Contents
AMA Forum- Cisco Unified Communications Manager CUCM Install...
Created by Community Moderator on 05-23-2022 05:04 PM
0
0
0
0
Ask Me Anything Forum Cisco Unified Communications Manager CUCM Installation & Upgrade Cisco Unified Communications Manager (Unified CM) provides reliable, secure, scalable, and manageable call control and session management. Transform your workspace... view more
Not Ready Reason Codes translation definitions?
Created by FinAidAlwaysBusy on 05-23-2022 02:30 PM
0
0
0
0
When I run the Cisco Finesse Agent Not Ready reason Code Summary report, the text values of the reasons do not display. Is there a translation table for the codes to text? Is this something my IT/Phone Support person is supposed to customize? The codes al... view more
Webex App iPhone MRA split domain, please help.
Created by Juan Gerardo Hernandez on 05-23-2022 01:05 PM
0
0
0
0
Hi guys,I am trying to implement Webex App Mobile  (iPhone) MRA, and I have a couple of questions trying to configure Control Hub.For instance. My Control Hub Domain is:testhome.comThis is the domain I use to sign into the Webex App (iphone) "ju... view more
Help with VOIP SIP Configuration
Created by david.esposito01 on 05-23-2022 10:53 AM
1
0
1
0
Hello all (again), Recently i posted about configuring voip on my classes lab network. I got a lot of helpful feedback and tips to help point me in the right direction. Today, i made my first voip call. It was amazing (thank you for the help). But, i... view more
Aviation Voip communication
Created by ryan.schembri on 05-23-2022 09:18 AM
0
0
0
0
Hello guys, we are in process of the design a small setup of digital communication system which uses VOIP (SIP) communication. To transfer VOIP communication between the server and Transmitters / Receivers is there a recommended cisco switches? this will ... view more
Ask a Question
Create
+ Discussion
+ Blog
+ Document
+ Video
+ Project Story
Find more resources
Discussions
Blogs
Events
Videos
Project Gallery
New Community Member Guide
Related support document topics